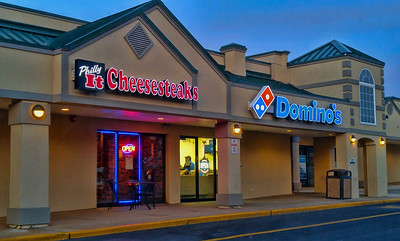 The WCC Administration insists that it needs more money even though it is the 6th best funded community college in Michigan. The WCC administration does not have a funding problem; it has a spending problem. And it is one that the WCC Board of Trustees refuses to address.

Washtenaw County does not need real estate development at WCC

On one hand, Washtenaw County taxpayers will supply WCC with about $60M in property tax revenues this year. Understand that most Michigan community colleges don’t get $60M per year from their tax base. WCC collects more property taxes than all but two Michigan community colleges. In addition, WCC gets a similar amount from student tuition and the State appropriation.

On the other hand, 16% of Washtenaw County’s residents live in poverty. A well-funded community college situated in a community that clearly values education should not have a problem addressing the educational needs of its impoverished residents. Education is this community’s priority.

We need trustees who will take care of the campus

The buildings at WCC are in less-than-stellar shape. Earlier this year, WCC had to issue a contract to repair the façade on the Morris Lawrence Building because the bricks were falling off of it. Prior to actually addressing the problem, (which has been known for years) the Administration’s solution was to put up nets over the east entryway to catch the bricks as they fell.

If you’re familiar with the campus, you may know that the Morris Lawrence Building is an events space. It gets rented out all the time. It is – hands down – the one building that the public has the most contact with. For months – maybe years? – the cement at the east entrance has been heaving. Instead of fixing it, the College spray painted orange paint on the edges of the cement slabs, and put up caution signs and orange cones.

Taking care of the community college that we have invested billions into since 1965 shouldn’t be a problem, either. After all, we fund WCC at a much higher rate than other districts fund their community colleges. We should be able to set aside $6M-$8M per year for building maintenance and capital refreshes. After all, that’s industry standard. And WCC assesses one of the highest millage rates on one of the most valuable counties in the State of Michigan.

The 10 Vice Presidents thing is infuriating. WCC has – in a good year – around 20,000 different students over a 12-month period. Ivy Tech Community College – which is the largest community college in the United States – operates 40 campuses throughout the State of Indiana. It is nearly eight times as large as WCC and somehow manages to get by with just 13 Vice Presidents. WCC spent more than $14M on administrative costs last year. That’s more than the second-largest community college in Michigan spent.

Waste Not, Want Not

The WCC Administration blew at least a million-and-a half dollars on a bespoke website that it literally threw away without ever launching it.

The taxpayers spend money hand-over-fist on an executive health club that’s supposed to pay for itself, but lost nearly $1M last fiscal year. The Health and Fitness Center opened in 2007 with no plans to permit student use. Shoddy construction and serious overuse rack up hundreds of thousands of dollars every year in maintenance costs. And each year, WCC pays a bond of close to $1M to pay off the building’s construction debt. (And that will go on until 2027.) One Trustee thinks “that’s a good investment.” He can’t wait to build the next money-maker – a hotel and convention center. And retail! (And that’s to say nothing of the “Advanced Transportation Center.”)

WCC needs these real estate development opportunities like it needs a sinkhole in the parking garage. What WCC needs is Trustees who are focused on the mission of the college. We need an Administration dedicated to moving people from poverty to prosperity. We need trustees who will prioritize the mission over side hustles and will apply a little restraint to the Administration’s spending habits.

Honestly, if you don’t want your tax dollars funding the construction of a strip mall at WCC, it matters who you put on the Washtenaw Community College Board of Trustees.
___
WCCWatch: Martin Thomas | WCCWatch: David DeVarti | WCCWatch: Christina Fleming | WCCWatch: Ruth Hatcher