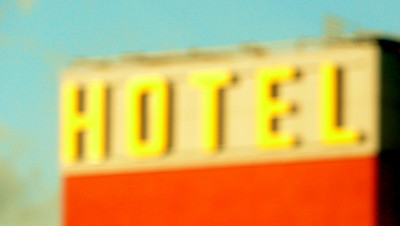 During the November 19, 2019 Board Retreat, the WCC Board of Trustees received the final version of the WCC Master Plan for 2020-2029. The following conversation takes place during the review of the high priority goals in the Master Plan, created by Albert Kahn Associates. Riccardo Pappi is from Albert Kahn Associates. It lays out WCC’s commercial real estate development plan.

This 5-minute clip reveals what’s really happening at WCC at the highest levels. As a taxpayer, you need to know what’s going on. If you don’t want to view the video, I’ve also created a transcript, which you can read here.

And there you have it: Masterpiece Theater, WCC-style. The President interrupts the Master Plan presentation to deliver a sponsored message reminding the Board of Trustees that the College needs outside revenue because – you know – reasons. She assures the Board that other colleges are doing commercial real estate development with great success. And for good measure, Junior chimes in to confirm “with data” that Ann Arbor hasn’t been able to get a convention center off the ground. The implication is that WCC might as well do it.

The President offers a series of justifications for pursuing commercial real estate development as a potential income stream for WCC. Inconveniently however, the facts just keep getting in the way.

No one is asking for commercial real estate development except the College Administration.

The President claims that the College’s interest in real estate development stems from “the comments we’ve heard.” Tellingly, the actual public registered hundreds of comments with Administration and the Board of Trustees opposing the IT outsourcing plan, and they resisted those pretty flippin’ hard. The “comments” she’s referring to are largely self-generated, and supported by people inside WCC.

WCC is in zoning hell. It is surrounded by land zoned public, recreation conservation and residential. St. Joe’s owns a lot of land in that area, but that also has a special zoning status. And St. Joe isn’t selling. The WCC property straddles the Superior Township and Ann Arbor Township border. Pittsfield Township lies to the south, but WCC does not own property in Pittsfield Township. No land around WCC is currently zoned to even permit commercial real estate development. Which might lead a rational person to conclude that the townships don’t want commercial real estate development there.

The “trends in enrollment” point to growth, not decline.

“… the enrollment is not going to be where it always has been.”

This statement is probably true – just not in the way the President presents it. She clearly wants people to believe that enrollment will decline. Unfortunately, all available school-age population growth data suggests exactly the opposite.

“From 2015 to 2025, all intermediate school districts (ISDs) in the region, with the exception of Washtenaw Intermediate School District, will see additional declines in school-age population.”

“The Ann Arbor Public Schools Board of Education has approved the purchase of two pieces of property it hopes will help accommodate anticipated population and enrollment growth in the northeast and southeast portions of the district.” – MLive.com Ann Arbor Schools purchases two properties to prepare for expected growth – December 23, 2019

“In considering enrollments over the next five years, several factors need to be examined:
SEMCOG projections indicate that the overall population in the region will rise slightly through 2025; there will be slightly slower growth in traditional age groups, but substantial increases in the older adult population. We expect to see enrollment growth in the next five years in the older adult population and need address this population’s needs, particularly for retraining and career changing in high demand careers.” WCC 2020-2024-Capital Outlay Plan, p. 27.

“…and number two, my second point I want to make, is that we are going to need to bring in some additional revenue…”

For what?! According to the Michigan Community College Data Inventory (MCCDI) , compiled annually by the State of Michigan, in 2018-19 WCC ranked 6th in the State among community colleges for total institutional revenue (Table 22A), sixth for total operating funds revenue (Table 22) and third in property tax revenue capture (Table 3).

Its state appropriation has nearly doubled in the last decade. Its tuition revenue has gone up despite a decline in enrollment. WCC’s “other revenues” – money from sources outside of taxes, tuition and state funding – outpace all but two community colleges – Macomb CC and Oakland CC. Whose circumstances – by the way – are entirely unlike WCC’s.

Let’s review. Tax collections are up. Tuition revenues are up. The state appropriation is up. “Other revenue” is up. What exactly is driving the need for even more revenue on top of the extraordinary revenue the College already generates?

Why this needs to be stopped right now

“And so, they don’t really have to worry too much about their enrollment, because they have other ways to bring in revenue to support their college.”

To be clear, the president of our community college has just stated that she wants to finance WCC – whose current purpose is to educate students – with commercial real estate development, thereby eliminating the need for students. Self-sustenance should not be WCC’s primary purpose.

Is WCC still a community college or is it evolving into a tax-funded real estate development firm?

For the taxpayers, this is WCC’s existential question. In the past, we have agreed to tax ourselves to subsidize low-cost education and job training for adults. Should this be the end of two-year education in Washtenaw County? Should WCC exist to educate students or build hotels and retail space? Do we now want to shift that money to real estate development?

If we continue funding the College as we have in the past, the WCC administration will redirect our educational tax funds to hotel and convention center operation. If you disagree with this, make your voice heard by voting on Proposal 1 on March 10, 2020.

Published in Board of Trustees, WCC Conference Center and Hotel and WCC Watch