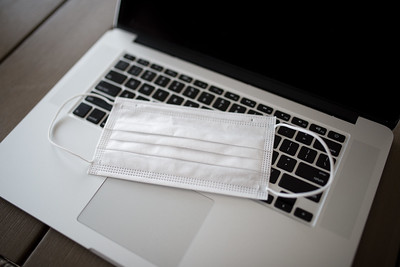 Poverty will take a special toll on WCC students

The US Census Bureau released updated population figures last month for the State of Michigan. Not surprising to anyone (except perhaps the WCC Administration), Washtenaw County’s population rose again. Between 2010 and 2019, Washtenaw County’s population increased overall by 7%. The City of Ann Arbor and Pittsfield Township enjoyed the largest numerical increase. Saline Township ranked 15th in the state in terms of percentage growth in that period.

But with the increase in population has come a slight increase in poverty in Washtenaw County. The poverty rate has inched up at quite possibly the worst time imaginable. This week, the federal government’s unemployment assistance grants ran out, taking $600 per week away from qualifying individuals. Earlier this month, the Governor’s moratorium on evictions lapsed, meaning that landlords can now begin evicting tenants again. The courts, which closed during the pandemic, are working through a staggering backlog of cases stretching back to March.

In Michigan, a landlord must have a court approved order to evict a tenant. The actual eviction process can take anywhere between 24 hours and 30 days, depending upon the circumstances of the eviction. According to the Michigan Eviction Project at the University of Michigan, eviction data show that evictions affect about 11% of renters in Washtenaw County. Looking at various municipalities shows a much different eviction picture. Only about 2% of evictions affect rental units in the City of Ann Arbor. The eviction rates in the City of Ypsilanti, however, hover around 20%. In Ypsilanti Township, about one-third of rental contracts result in an eviction process.

Poverty and evictions are just two of the factors that some Washtenaw County residents will be dealing with this fall. The COVID-19 pandemic is also very much alive and well. COVID-19 infection rates, complication rates and death rates are all higher for Washtenaw County’s Black/African American residents. While they comprise about 12% of the county’s population, they make up nearly half (48%) of COVID-19 hospitalizations.

Employment data from the US Department of Labor shows that unemployment rates are disproportionately high among Black/African Americans, women and young people. These three demographic groups make up a large segment of WCC’s student population. As many K-12 school districts announce their fall plans, it’s becoming apparent that much of the burden of childcare is still falling on women. And thousands of Washtenaw County households still do not have access to broadband Internet. This lack of Internet access (accompanied by the lack of classroom-capable devices) makes the prospect of schooling young children while also trying to attend school bleak.

If that’s not enough, there’s a growing body of evidence to suggest that many community college students do not succeed in online learning arrangements. In fact, some students perform so poorly that they actually withdraw from school as a result.

All of this leads to one simple truth: Washtenaw Community College needs authentic leadership from the Board of Trustees now more than ever. We need people who understand the role of the College in the community and the oversight it needs right now. We need people who will commit to increasing the taxpayers’ investment in the classroom, and stop wasting our limited resources on more administration. The taxpayers need Trustees who seek out and apply creative solutions to help those most disproportionately impacted by poverty, housing instability, food insecurity and the COVID-19 pandemic.

The taxpayers also need Trustees who make the hard financial decisions that the Administration cannot bear to make. We need Trustees who demonstrate genuine fiscal responsibility and spending restraint. Just as the most vulnerable residents of Washtenaw County need WCC, it is sinking into a self-inflicted structural deficit authorized and even applauded by Trustees who either do not understand or do not care about the seriousness of our current situation.