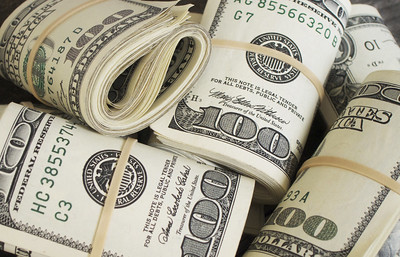 By almost all accounts – except possibly this one – the WCC Health and Fitness Center (HFC) is a resounding success. Opened in 2007, the HFC is a 75,000 square-foot membership-based fitness facility. Washtenaw Community College owns the building, and contracts Power Wellness to operate it.

Because WCC owns the building, it uses taxpayer-provided operating funds to pay for the building’s upkeep and maintenance. Therein lies a whole slew of problems.

The WCC Health and Fitness Center was built at a cost of $13M, and paid for by General Obligation Long-Term (GOLT) bonds issued in 2006. The HFC received gold LEED certification, as part of WCC’s commitment to sustainability. At the time the building opened, it was the only gold-LEED certified health club in Michigan.

Speaking of maintenance costs, the College is scheduled to spend nearly $1M to perform maintenance and repair work in the HFC in FY2019. These projects will cost $942,000 and include:

Once these projects are complete, the process starts all over in FY2020 with $982,000 in planned maintenance:

With maintenance costs on the HFC running near $1M annually, it is excruciatingly hard to see how the taxpayer benefits from this.

Sustainability isn’t a factor in the HFC business model

You might think that the membership fees would make the WCC Health and Fitness Center self-sustaining. In theory, that’s the way this should work, and it’s what the taxpayers were told in 2006. In the 12 years of the HFC’s operation, it has never worked that way. And it won’t start working that way anytime soon.

At the July 30, 2019 Board meeting, Vice President and CFO Bill Johnson explained the prime sources of the building’s high ongoing maintenance costs.

“The Center is at capacity, except for a couple of hours a day, it’s at – it’s at capacity. Which is pretty amazing.”

The amazing capacity issue is just one factor affecting the building’s high maintenance costs. The other relates to the quality of the construction on the facility. As Johnson further explained, in relation to a specific issue regarding a persistent leak in the women’s hot tub:

“Um, uh, one thing that I will say is that upon further assessment of not only the hot tub, but of a lot of the work – a lot of the work in the original construction, it was less than stellar quality. And so, a lot of the repairs that we’re starting to see now are – probably a good five to seven years ahead of schedule. And so I would anticipate that we’ll be bringing deferred maintenance projects back to the Board as we – uh – get into the next couple of years here, just to keep the Fitness Center up to par. It’s just the reality and we’ve got a commitment to make that work. “

The combination of “amazing capacity” and “less-than-stellar” construction can only produce the obvious result. A 2008 interview with Damon Flowers, the former VP of Facilities at WCC, reveals that the building was built to serve 6,000 members.

According to WCC Vice President Bill Johnson at the September 24, 2019 Board of Trustees meeting:

“The Health and Fitness Center continues to grow in its service to the community. We’re now at a record high of about 7,000 community members. Um, that’s a growth of 500 over the prior year. We offer over 100 classes per week in service to our members.”

In other words, the WCC Health and Fitness Center is not “at capacity.” It is over-subscribed by about 1,000 members. Not only that, the HFC, which was 8% oversubscribed last year, is 16% oversubscribed in 2019. According to Johnson at the September 24, 2019 Board meeting, this overuse of the Fitness Center facilities is not only somehow good, it’s absolutely necessary.

“I think I mentioned in the Strategic Value Presentation that we had growth in the Health and Fitness Center. That’s strong, and that’s really important that it stay strong because we need to return all of that margin we get from the Fitness Center to help support the debt service, which is about $1.1 million a year, and the deferred maintenance. ”

Eventually, this all works out, right?

Since the building was built in 2007, you might be thinking that the bonds are going to be paid off soon, right? You would be right, except that according to Moody’s Investor Service, the College refinanced $12.8 million of remaining debt on the HFC and a 2005 bond issue in 2015 to lower its interest rate.

Think about that. The debt service on the building (after refinancing) is $1.1M annually. The HFC, which cost $13M to build, is 12 years old and falling apart fast. We’ve already paid more in interest on the debt than the HFC’s original price tag, and we’re nowhere near done making payments.

Recognizing the HFC problem is important for two reasons. First, this isn’t a good use of the taxpayer’s dollars. The previous College administration built the HFC largely as a “country club” for WCC executives and affluent members of the community. (Initially, WCC offered no academic credit classes at the HFC.)

Second, WCC plans to use this model for its hotel and convention center. Taxpayers don’t need another WCC boondoggle that someone else operates at a profit, while we eat the debt and maintenance costs for decades. Hotels need to be kept in mint condition at all times. Given WCC’s $20M history of neglecting its facilities, this alone should cause every taxpayer to lose sleep. It should also cause them to hold the Board of Trustees accountable for this kind of reckless spending.