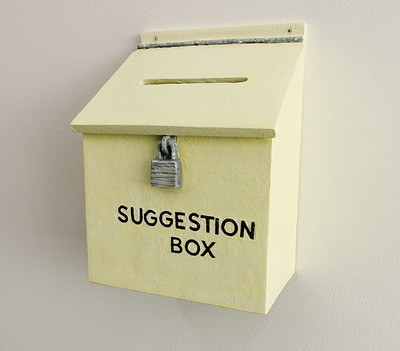 WCC Master Plan is more than just a suggestion

WCC issued a a consulting contract to Albert Kahn Associates in May 2017 to work on the Master Plan. At the time, Damon Flowers, the former Vice President of Facilities at WCC, positioned the Master Plan as a space management plan. The value of that contract was $225,000. You’re welcome to believe that the Master Plan is just a suggestion, or brainstorming, or just a “big thought exercise” but WCC plunked down nearly a quarter-million dollars for it.

That seems like a lot to pay for some “suggestions.”

WCC’s most recent master plan consists of 23 prioritized goals to be completed in the next 10 years. To be sure, not everything that hits a master plan gets realized, but it’s deceptive to reduce the Master Plan to “just a suggestion.” Christina Fleming attempted to deflect attention from the hotel and conference center, which the Master Plan characterizes as a “high priority.” In fact, the “mixed use development” is number 9 on the list.

I encourage you to read the WCC Master Plan. On Page 13, the document describes who participated in the plan’s development. The “focus groups” consisted largely of executives, trustees, faculty and staff, a handful of students, alumni and the WCC Foundation. Noticeably absent are members of the public, who -as usual – just get to pay the bills. The composition of these groups explains some of the contents of the plan – like wanting a dry cleaner in the Student Center Building.

[Note to the executives: most students cannot afford to wear dry-clean-only clothes.]

The hotel arises in the Board of Trustee comments, which should lead one to believe that the “hotel and convention center” priority belongs to the Board of Trustees exclusively. The Master Plan identifies the “mixed use facility” as a product of the July 23, 2019 Board presentation. I was at the July 23, 2019 meeting and can confirm that the Trustees discussed “mixed use development.” But this meeting was clearly not where the idea arose. It was fully developed long before July 23, 2019. Somehow, it becomes a “high-priority” in the final plan, despite its absence as a “common theme.”

“Mixed use development” hides another loser

Another interesting descriptor from this meeting is the phrase, “hotel, office space or student housing.” Office space may be a common characteristic of “mixed use development,” but no one discussed WCC renting out office space to third parties. This falls under the “bad idea” category for a few reasons. It helps to have an idea of office space trends in the Ann Arbor area. Recently, MLive published an article on this very subject .

First, for campus security purposes, you want to limit campus traffic to those who have a reason to be there. Regularly third-party traffic unrelated to the WCC mission on campus invites trouble.

Third, from the MLive article from January 2020, look carefully at the trend graph for vacancy rates over the last nearly 30 years. Vacancy rates troughed in 1999, then rose steadily to a peak of about 21% during the height of the Great Recession. The last thing WCC needs during a recession is to carry a bunch of dead rental space. Like a hotel and convention center and “retail outlots,” rental office space is yet another boat anchor when the economy sours. It’s precisely at this time that WCC needs all of its financial resources directed toward training and retraining people – not maintaining empty commercial space.

The Hotel and Convention Center idea won’t be going away

In reading the Master Plan, note the site planning that Albert Kahn did to determine where the hotel, conference center could go. It identifies three different locations for this “suggested” facility. WCC’s preferred location is currently zoned Recreational/Conservation. It’s also directly southeast of the Ann Arbor sewage treatment plant. The second location, which is in the OE parking lot, seems to encroach on the Washtenaw County Road Commission right-of-way, but the county GIS system could be wrong. The third location sits at the corner of Huron River Drive and Clark Road, and would necessitate removal of a lot of trees. It would also cause a lot of traffic problems in an already problematic area.

The other thing to ponder on Page 52 is the following description under “Themes.” Somewhat cryptically, it reads:

The Master Plan is not a collection of suggestions. It is a space allocation tool that the Administration and the Board of Trustees hijacked to promote their own priorities. If the taxpayers do not make themselves very clear, the Board will carry out these plans.

It’s also disturbing that an elected Trustee deliberately mischaracterizes the College’s master plan. As such, she is not safeguarding the interests of Washtenaw County taxpayers.

Here’s a free suggestion to Washtenaw County voters: put a stop to this.