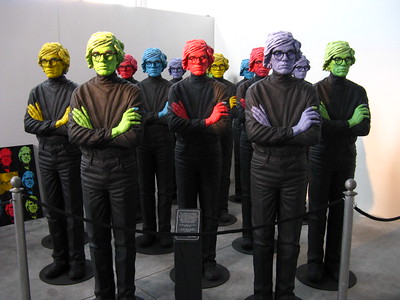 How did WCC get so many Vice Presidents?

From the taxpayers’ perspective, this question is legitimate, and the answer is simple. WCC has so many Vice Presidents because no one on the Board is asking any questions. The Board members are not looking out for the taxpayers – as is their fiduciary responsibility.

It’s funny that certain Board members extol their fiduciary responsibilities when voting to outsource WCC’s IT Department and replace it with a $26M no-bid contract, but when it comes to questioning why WCC needs so many Vice presidents, they’re strangely silent.

“Exactly how much are all of these Vice Presidents costing us?”

“What exactly will this position contribute to the College, and how will this person’s performance be measured?”

“Why can’t this initiative be accomplished with an equally qualified lower-paid employee?”

The last question is very important because only two of the current crop of VPs have earned a PhD. Two of them have only bachelor’s degrees and the rest have master’s degrees. Combined, the deans have more PhD’s than WCC’s VPs do. One-third of the Independent Group possesses the same academic credentials as the majority of WCC’s VPs.

Academic qualifications aside, WCC spends north of $1.5M annually on its Vice Presidents when factoring in their total compensation. If (and this is a big “if”) the work of the Vice Presidents is critical to the success of WCC, could the College achieve the same thing through a lower-paid position?

The reason I ask – of course – is that at one time, deans managed several of the areas currently overseen by Vice Presidents. (Workforce Development comes to mind.)

This is what happens when the taxpayers’ elected representatives don’t ask any questions.