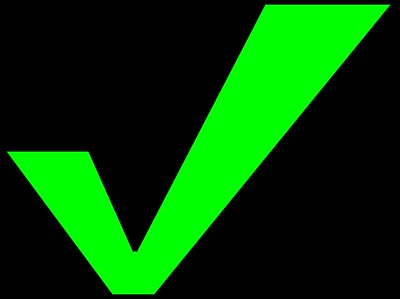 Last month, I provided WCC Board of Trustees candidate Ruth Hatcher with a series of questions, which you can see here. Ms. Hatcher declined to respond to my invitation to speak directly to prospective voters, so I’ll examine her record as a WCC Trustee over the last 5½ years.

* Meeting notes are not available for the April 28, 2016 meeting. The meeting took place, but it is excluded from the data.
**There were 2 additional Special Meetings in 2018, but the minutes were not published.

Analysis: Since 2015, all WCC Board members combined have missed 7.51% of the votes they could have cast, had they been present at the time of the vote. Meeting attendance (including timely arrival) is a significant problem for certain WCC Board of Trustees, but attendance is clearly important to Ruth Hatcher. She attends and participates in the monthly meetings, special meetings and Board retreats, and has participated by phone in meetings where she was unable to physically attend. Through a combination of absence, late arrivals or early exits, she has missed a total of 22 votes throughout her term. Hatcher’s “missed vote” percentage of 3.46% is lower than the combined average for the entire Board.

Ruth Hatcher is often vocal and participates actively at Board Meetings. She has routinely advocated for minority students and minority hiring at WCC. Hatcher does not avoid sensitive issues, like the racial and gender balances of the Police Academy classes. She did not mince words regarding the lack of academic purpose of the “Advanced Transportation Center.” She has also expressed ongoing concern regarding the repeated extension of the External Audit contract for WCC. Her inability to address these issues is less indicative of her efforts than it is of the general lack of regard the majority of the WCC Trustees have for their statutory mission. Hatcher spoke out against the $26M, no-bid IT outsourcing contract, and has questioned new versus replacement hiring.

Hatcher has cast more “No” votes than any other current Trustees, and is clearly tuned into the “oversight and governance” role of elected Trustees of public institutions. She voted against a number of controversial requests from the Administration, including the establishment of an armed police force on campus; the sale of bonds to fund the “Advanced Transportation Center;” the IT outsourcing deal; unnecessary tuition increases and the need for more scholarship funding; and upward salary adjustments for the President.

Analysis: Ruth Hatcher doesn’t just “go with the flow” when it comes to voting. While her “No” votes have not resulted in meaningful changes to Board Policy or College operations, it is clear that she is serious about her statutory oversight responsibilities.

This table shows the reimbursement requests submitted by Ruth Hatcher for Board-related business, through December 31, 2019.

Ruth Hatcher has been involved with WCC, first as a full-time instructor and later as a Trustee, for the better part of four decades. There is no replacement for that kind of experience, but moreover, she brings with her the once-and-(hopefully)-future culture of “responsible stewardship of the taxpayer’s dollar” that the majority of the current Board and the WCC Administration seem so profoundly ignorant of. Washtenaw County voters should return Ruth Hatcher to the WCC Board of Trustees on November 3, 2020.

Ruth Hatcher did complete a brief questionnaire at Vote411, which you can read here.