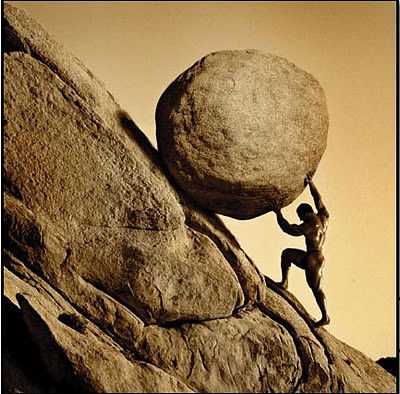 The WCC Tax Is a Debt We All Carry

WCC tax assessments comprise about half of the College’s annual revenue. While WCC gets money from the State of Michigan, student tuition and other sources, Washtenaw County taxpayers shoulder the load. Many factors affect how much money a millage can generate.

The 15-, 18- and 50-mill limits. Voters approve most property tax assessments, but state law puts certain limitations on property taxes. For example, property taxes not approved by the voters must be limited to 15 mills. Voters can bump this limit to 18 mills. Additionally, state law limits the total millage assessment to 50 mills.

The relationship between Proposal A and inflation

Proposal A does not cap a property’s State Equalized Value (SEV), which is the starting point for calculating property taxes. Since taxable value can never exceed the SEV, the SEV represents the maximum taxable value of a property. Proposal A limits annual homestead property increases to the rate of inflation, which is currently about 1.8%, or 5%, whichever is less. This helps to ensure that property taxes don’t skyrocket during an economic expansion.

During a recession, inflation typically drops and begins to rise only when the economy rebounds. (In theory.) That’s sort of – but not exactly – what happened during the most recent recession. The table below shows the inflation rates during the last recession and the periods that followed. The Great Recession technically took place from 2007-2009, but the table shows a few extra years on either side of the recession for reference.

The inflation rate during the Great Recession remained mostly positive. Property owners here saw tax increases during the recession until their property’s rising taxable value caught up with its declining SEV. For some homeowners, especially in areas with high property values, their TV and SEV never equalized. Their property taxes didn’t really decline during the recession, even though their SEVs might have. Collectively, property values in Washtenaw County began to rise again in 2013, four years after the Great Recession actually ended.

The dark side of high property values: the tax debt

During a boom economy, Proposal A keeps property taxes from rising too high, so taxpayers benefit from lower taxes. During a bust economy, Proposal A keeps property taxes flowing, so the taxing authorities benefit. Ironically, taxpayers can best afford higher taxes during a boom economy and least afford tax increases when the economy sours.

Proposal A creates daylight between property values and state equalized values. In doing so, it creates a potential “tax debt” for property owners. This tax debt comes due whenever inflation rises or remains positive during a recession. It’s important to know at all times how big the potential tax debt is that hangs over your property.

In 2019, the total SEV of taxable properties in Washtenaw County is $22,428,171,091. The total taxable value of the same property is $17,628,783,898. The difference between the SEV and the taxable value of all properties in Washtenaw County is about $4.8B. Effectively, the county is not collecting taxes on $4.8B worth of property. If the property values grow faster than the rate of inflation, the amount of the tax debt grows. If the inflation rate rises, the county can begin to collect more property taxes.

Inflation can occur when prices rise due to increases in production costs. Increased demand for goods or rising wages can also cause inflation. As I said earlier, under Proposal A, the benefits of a boom go to the taxpayer. The benefits of the bust go to the taxer.

Proposal A isn’t the only thing that limits tax collections. The “Headlee Amendment” also impacts how much taxing authorities can collect. Four separate millages combine to create the WCC tax assessment. Two are permanent and don’t need ongoing voter approval. The other two are periodic. WCC has to ask the voters for “renewal and restoration” whenever an authorization expires.

To illustrate the effects of Headlee, WCC’s individual millages authorize a 3.8 mill assessment. Because Headlee restricts each millage to its real-dollar value in its first year, WCC’s 2018 effective millage rate was only 3.3978 mills.

Back to the tax debt. WCC’s Headlee-adjusted, Proposal A-adjusted 2018 revenue was $55.83M. Without the Proposal A limit, WCC’s assessment would generate about $71.7M.

Absent Headlee and Proposal A, WCC’s assessment would generate about $83.2M annually. In 2019 dollars, this is how much money the taxpayers have authorized for WCC. If that sounds like a lot, it is, especially given the current administration’s spending proclivities.

It’s time to reconsider the size of the WCC tax

Neither the Headlee Amendment nor Proposal A will go away or change without legislative action. There is a key difference between Headlee and Proposal A, however. Headlee is absolute in its purpose and its effect. It limits millages to real dollars.

Proposal A’s impact varies with the market. Voters cannot know in advance what Proposal A will do to their taxes. If inflation goes up, tax collections go up. Historically, inflation is more likely to go up than down. Since 1955, we have seen negative annual inflation rates only twice. We haven’t seen negative inflation in consecutive years since the Great Depression. On the other hand, inflation has not exceeded 5% since 1990. (Remember, Proposal A will allow tax increases of up to 5% in any given year.)

In a recession, WCC will likely collect a significant portion of its current maximum $71.7M authorization. Taxpayers would be wise to monitor (and perhaps limit) the difference between WCC’s minimum and maximum authorizations.

Published in Millage and News