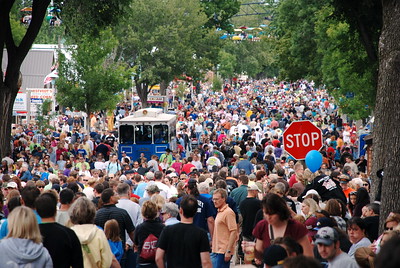 You know what this place needs? Another Vice President

I have already written about WCC’s absurd number of Vice Presidents. Since I first wrote about this issue (51 days ago), the Administration has published a job posting for another Vice President. When filled, WCC will have a total of 10 people with some variant title of Vice President on staff.
Ten.

In a previous piece, I did a comparison of other Michigan community colleges to give some context to WCC’s VP count. Based on the combined structures of these “local” institutions, WCC should have somewhere between 2-5 VPs.

Beside the headcount, I considered how many campuses the institution operated. “Campus” is a generous term. Some institutions have limited-service extensions, comparable to WCC’s Brighton and Hartland sites. Other schools on the list have distinct campuses spread throughout a city, or across multiple counties, with complete program offerings, multiple buildings and dozens of classrooms. The number of campuses speaks to the complexity of a college’s operations.

The Lone Start College System is the second-largest community college in the United States. Like Ivy Tech, it has multiple campuses (7) – although it does not serve the entire State of Texas. By unduplicated headcount, it is more than five times as large as WCC. It has five Vice Chancellors. Lone Star has one Vice Chancellor for every 21,950 students.

WCC has one Vice President for every 2,120 students.

What exactly is it about WCC’s operation that is so complex that it requires nearly 6 times as many Vice Presidents per student as Ivy Tech? What does it mean when the Chief Executive of a mid-sized community college needs nearly the same number of Vice Presidents as the largest community college in the United States? More importantly, at what point does the WCC Board of Trustees step in and put a firm stop to this Administration’s inane hiring demands?

Exactly how many Vice Presidents does it take to run WCC?