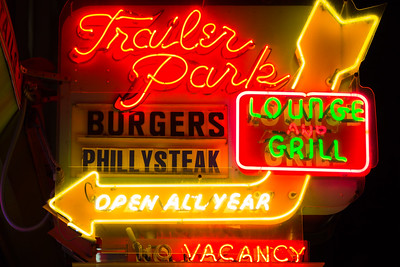 Transparency in WCC Board Communications

When you look at other community colleges in Michigan, it becomes almost immediately apparent that there is a real difference in the level of transparency among them. Recently, I looked at the Board Packet for Jackson College’s November 6, 2019 Board Meeting. Please take the time to look at it. As a point of comparison, you can also look at the WCC Board of Trustees November meeting materials.

One of the first things that struck me as interesting is that Jackson College’s Board of Trustees refers to Jackson County taxpayers as The Owners. (Capitalization theirs, not mine.) And this comes from the community college with the lowest tax assessment of all community colleges in Michigan. Further, they acknowledge that the Board’s loyalty lies with The Owners, not with the President or any other executive. They sit where they sit because The Owners put them there, and they answer to The Owners – and no one else.

Transparency means working out in the open

The second thing that stands out about Jackson College’s Board Packet is the running conversation throughout the Board Policy review. This conversation is not hidden; it is on full display for the public. The Trustees are involved in the discussion, as is the president of the college.

While WCC publishes an “Agenda and All Tabs” for each Board Meeting, it does not publish the WCC Board Packet. What the College posts on the website for the public and what gets set in front of the WCC Board are two different things. Nor does the College publish all the presentation materials from the Board meeting.

The third thing that stands out about the Jackson College Board Packet is that the Trustees have undertaken a comprehensive review of their Board policies. They are looking at each policy in the context of all of their policies. These trustees are actively engaged in oversight. They’re not micromanaging the administration, but they are fully engaged in their roles as Trustees of Jackson College.

Here’s another thing that stands out. Each board had an extended meeting in November. The Jackson College “work session” was an all-day event. Beside the policy review, the Jackson College board had a number of other items to review and discuss, including the sale of the President’s House, which was given to Jackson College in 1969 as part of a 270-acre bequest by James Sterling Wickwire.

The gift included the Wickwire family home and acreage. Wickwire hoped to entice the University of Michigan to assume Jackson Junior College into its campus system someday by providing enough land for a complete university campus.

The home itself is gorgeous, but as a President’s House, it is no longer just a house. It is a college building, and it has to meet a different set of building codes. In the past 15 years, Jackson College has spent more than $325,000 to maintain and repair the house. It’s a nice perk, but it’s expensive. Without it, Jackson College worries that it may have a hard time recruiting a president.

The Board packet has the full story of the bequest, the aspirations of the donor, the intentions of the trustees who accepted the gift, the deed restrictions and more. Jackson College could sell the home and the nearby acreage, once again making it a private residence. But in doing so, these Trustees would torch Mr. Wickwire’s dream, which was maybe never realistic. The Board Packet gave the Trustees the opportunity to remember where they came from before deciding where to go next.

Richard Landau: “I want it to be a Marriott because I get points for Marriott.”
[laughter]
Ruth Hatcher: “You know, St. Joe’s has a whole lot of empty space over there. Is there any conversation we could have with them about sharing a Ronald McDonald House with a Marriott?”
Richard Landau: “I don’t think they play well with others over there, do they?”
Diana McKnight-Morton: : “They haven’t in the past.”
Ruth Hatcher: “But it’s just a thought.”

How’s that for transparency in Board communications?

Building a hotel is a foregone conclusion. The WCC Board already has its preferred franchise picked out. And why? Well because a board member (who lives five minutes away and who will never stay in the campus hotel, no matter who runs it) gets points!

The taxpayers are simply here to write the check for whatever they come up with. It doesn’t matter to them that WCC is a school – not a hotel, or a convention center or a strip mall.

Two WCC Board trustees openly disparage the the second largest employer in Washtenaw County that misfortunately shares a property line with WCC. How quickly they forget that they’re talking about the people who don’t play well with others. (I wonder why?)

A two hour and 45 minute “retreat” followed by an hour-long dinner break, capped off with a 28-minute race through the “Board meeting.” They actually congratulated themselves on how quickly they dispatched the agenda. If being at the retreat was such an imposition, they could have just tacked the meeting onto the end of the retreat and been home before 6:30.

Jackson College agonizes over the expense of taking care of the President’s House. WCC can’t wait to build a mostly empty building (the Advanced Transportation Center), which – despite the name – is not an academic building. It’s a conference center.

From the drawings, the planned ATC looks like a double-wide trailer wedged between the circular drive and the OE parking lot. It faces Huron River Drive and will be equipped with a garish video wall inside the glass conference room at the front end. The Trailer will tolerate exactly one electric vehicle – which the President somehow believes will be “clean.” Electric cars have nasty batteries, hydraulics, lubricants and a quirky tendency to immolate themselves. Hopefully the floors aren’t white. If they are, it’s no big deal. The auto bay is just for show.

The total cost to build the Trailer is $7.9M, of which the state will pay $1.9M or 24%. Remember, the State will pay up to half for buildings that qualify. Even the State of Michigan realizes that the Trailer has little educational potential. As a result, the taxpayer gets to pay $6M instead of the $4M we would pay if the College Administration had bothered to propose a fully-qualified project.

It’s interesting that the community college that receives the least amount of tax support has more built-in respect for their taxpayers than the one that gets virtually everything it asks for.

Published in Board of Trustees, Millage, WCC Conference Center and Hotel and WCC Watch