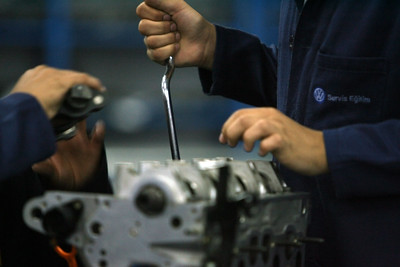 Poverty and Education in Washtenaw County

There are many ways to count the wealth of a county. Using either a per-person average or income data from tax filings, Oakland County is Michigan’s wealthiest. Using median household income, Livingston County ranks first. How does Washtenaw County rank using these measures? Washtenaw County is Michigan’s second-wealthiest in terms of taxable income. It is third-wealthiest when using median household income as a measure, and fourth by per-capita income. But what roles do poverty and education play in the overall wealth of a county?

That all sounds awesome, doesn’t it?

Looking closer at the poverty picture in Washtenaw County

It also makes reconciling the fact that nearly 15% of our residents live below the poverty line hard. Nationally, about 13.5% of people live in poverty, so Washtenaw County’s poverty rate is higher than the national average. 13.9% of Washtenaw County’s population routinely experiences food insecurity.

In Washtenaw County, poverty is concentrated among young adults ages 18-24. Nearly one quarter of young adults here earn less than the individual federal poverty threshold, which was $13,064 in 2018. More women than men in this age bracket live in poverty, but not by much. 23.4% of women ages 18-24 live in poverty compared to 22% of men of the same age.

And don’t assume that this age bracket is large and impoverished because of the college student populations. For statistical purposes in measuring wealth and poverty, the data examine only the county’s permanent residents.

Poverty is also concentrated among black households, whose median income is half (yes, half) of the median household income of white households. But poverty in Washtenaw County isn’t just a “black” problem. 63% of people living in poverty here are white.

The age-basis of Washtenaw County’s poverty is also important for other reasons. This is where poverty and education meet. Young adults comprise the largest segment of WCC’s enrolled student population. These demographic groups rely on WCC heavily as a reliable route out of poverty. Women earned 58% of the college degrees Washtenaw Community College awarded in 2016. 11.6% of county residents are black, but 15% of its degrees in 2016 went to black students.

And despite what the administration wants people to believe, the size of this group in Washtenaw County will be growing – not shrinking – in the coming decades. We will experience more – not less – poverty in the county overall and in this cohort as this group grows. Poverty and education will maintain their connection for the foreseeable future.

WCC should focus on eliminating poverty

The data paint an interesting picture, but what’s the point? Young people and minorities in Washtenaw County suffer the most when the WCC administration diverts money away from education. The road away from poverty narrows when the WCC administration builds health clubs, hotels and convention centers instead of developing programs that put non-working adults into careers.

Opportunity knocks less often when the College administration increasingly siphons off resources for non-degree and non-credit “workforce development” programs that cater to people already firmly affixed in the workforce. Low-income students feel the impact of rising tuition rates and student debt that subsidize trade conventions for non-residents instead of funding the educational programs and services our residents so desperately need.

The poorest people in Washtenaw County pay a heavy price for this kind of lousy decision-making that focuses on revenue instead of results. And it has to stop.

WCC does not exist to make money.

Until Washtenaw County’s poverty level falls below that of the nation, we need WCC to focus on offering credit classes and degree programs predominantly for Washtenaw County residents. Tuition shouldn’t rise to pad the College’s already rising revenues from county tax assessments and the State appropriation.

The residents who most need WCC should not have to compete with health clubs, hotels and conventions, and unrelated retail interests to access the educational resources we have built for them. Our most vulnerable residents should not have to suffer an administration that alters the reason the College exists.

Washtenaw County residents who care about poverty and education, and quality of life should not agree to underwrite this lunacy. If WCC prefers to focus on revenue generation, it should do so without taxpayer assistance.

Published in Board of Trustees, Health and Fitness Center, News, WCC Conference Center and Hotel and WCC Watch