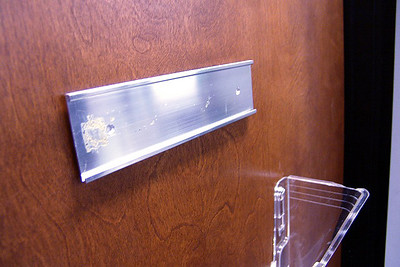 Yesterday, I wrote about a looming survival crisis in higher education. Higher ed administrators position it as an enrollment problem. “We’re entering a long period of declining enrollment!” To be blunt, it is a charitable explanation. They do not have an enrollment problem; they have a spending problem. In Washtenaw County, WCC’s survival depends on far better Trustee oversight than we’re getting.

Before you accept the “enrollment” explanation for higher ed’s problems, you have to examine a couple of critical assumptions about population and competition. The birth rate in the United States is, in fact, dropping, but schools count enrollment in numbers of students, not in percentages or rates. If the gold standard for generational size is the Baby Boomers (72.5M), then at 72M, Gen Z (people born between 1997 and 2012), is just as large. And Gen Z happens to be the current school-age generation. If the number of people in the current school-age generation is as large today as it was in the 50’s and 60’s, we should not be experiencing an enrollment crisis.

The second faulty assumption is that all 5,300 higher education institutions in the US will survive. That number is highly likely to drop, leaving fewer schools to compete for a steady number of students. Thanks to poor oversight, higher education institutions are under enormous financial pressure right now. Many of them will simply not survive. (In 2017, a Harvard Business School professor suggested that as many as half of all US colleges and universities would be bankrupt in 10-15 years.)

The Pennsylvania State System of Higher Education (PASSHE) is a central administration system for fourteen state universities and colleges. Collectively, PASSHE is as large as Penn State University. The 14 campuses, which are spread throughout the state, enroll about 100,000 students each year.

Indiana University of Pennsylvania (IUP) is the second largest school in the PASSHE system. Yesterday, IUP notified 82 tenured and tenure-track faculty members that it eliminated their positions. They will have no job at the end of this semester. Combined with retirements and the completion of contracts for non-tenure track faculty members, IUP will shed nearly 130 teaching positions by December 31. Along with the teaching cuts, the school has eliminated several departments and academic programs. Heavily impacted was the school’s College of Fine Arts.

PASSHE also shed positions at its Edinboro, Lock Haven, Cheyney and Mansfield universities. Those universities lost a combined total of 31 teaching positions. The faculty cuts aren’t the only positions being lost. The system has eliminated more than 100 full-time positions since last July.

Not too big to fail

“As a member of the PASSHE caucus in Harrisburg, I am keenly aware of the challenges the system is facing. Enrollment has seen a significant decline, and the state system has been losing money for many years. The financial gap the system faces is large enough that it is not feasible, in these difficult financial times, to ask the taxpayers of Pennsylvania to bear the burden of filling it with tax dollars alone. Put very candidly, unless significant changes occur, the university as a whole will fail. There would be negative impacts on a multitude of levels if schools in the state system have to close, particularly IUP.”
Pennsylvania State Rep. Jim Struzzi

“… unless significant changes occur, the university as a whole will fail.”

Therefore, a decline in enrollment cannot be the root cause of college or university’s financial problems. The administration’s failure to act upon known information for the better part of two decades is the real issue.

The answer to all these missteps simply cannot be raising student tuition. Repeatedly raising tuition beyond the cost of inflation merely makes the institution increasingly less affordable. At some point, student enrollment will drop because going to school is too expensive.

Trustee oversight is the key to WCC’s survival

Trustees who take a long view of the “big picture” will see that unchecked administrative overspending combined with lax oversight jeopardize an institution’s financial well-being. Chronically mismanaged institutions will not survive the next decade. (Those institutions that do survive will be bursting at the seams.)

As I said yesterday, public funding will not save poorly managed colleges and universities. PASSHE is demonstrating that right now. WCC’s survival will depend upon a radical philosophical shift among the members of its Board of Trustees. Unfortunately, WCC’s Board of Trustees set itself on cruise control nearly twenty years ago by declaring itself to be an “advisory” board. If WCC is to survive, we can no longer afford to retain Trustees who view themselves primarily as “advisors” rather than overseers. Their duty absolutely includes financial oversight. (Saying “yes” to everything is not oversight.) If the current WCC Trustees are unwilling to carry out that responsibility, we need to replace them with Trustees who will.