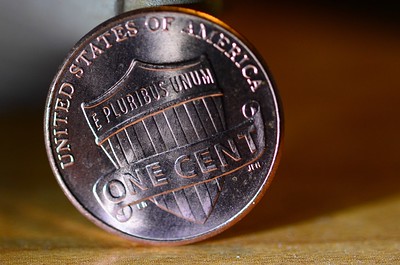 Two recent articles in the Washtenaw Voice once again surface the issue of uncontrolled administrative spending. The story begins innocently enough, with a December 4 article about the rollout of WCC’s new website. In it, the administration reported the cost of the new website at $365,000. Additionally, the former Associate VP of Marketing and Communications, Brendan Prebo, indicated that that WCC used four outside firms to complete the website redesign.

“The college spent an estimated $365,000 on outside contracts for the build and design of the website project, Prebo said. Outside contractors include OU Campus, a web content management system developed by the California-based company OmniUpdate, the Understanding Group in Ann Arbor and VisionPoint Marketing of Raleigh, N.C., he said.”

The dollar figure raised questions with WCC faculty member and union president Jason Withrow because it seemed unusually low. In a February 25 article, WCC CFO Bill Johnson corrected the amount, saying that the College actually spent $540,000 on the website redesign. He indicated that the initial figure neglected to include contractors hired to work on the project.

To put it bluntly, the $540,000 figure is still wrong. WCC spent far more than $540,000 on the website redesign project. You wouldn’t know that by looking at the current website, because WCC threw away virtually all of the development work done by its in-house developers.

The website redesign was really a redesign of the student experience

According to the article, the Washtenaw website redesign began in 2015. In other words, the project was nearly five years in the making.

Now, if you know anything about website development, that’s the other element that should stand out. It should not take five years to redesign a website. And you’re right. The word “redesign” is somewhat misleading. The redesign did not just change the website’s appearance. The developers also built into it an extraordinary number of functions that would have completely reframed the way the WCC community used the website.

In addition, the new website offered (or planned) real-time course availability data; student dashboards, which included account balances; staff dashboards; pathway information required by the State of Michigan; a program browser with information about available academic programs; personalized links to the student’s classes in Blackboard; a personalized calendar; a campus-wide navigation app that would show students how to get to any location on campus from where they were, using their mobile device; transcript information; program information based on catalog year; and academic progress through their program, among other features. It also showed non-credit offerings.

This project was in active development from 2015-2019. The February 25 Washtenaw Voice article listed the outside contractors who contributed to the project. The inside project team consisted of a director, three salaried developers, two contract developers, three Marketing staff members – including a PHP developer, a web designer and the web marketing manager, and a contract project manager from the Understanding Group.

In an interview last week, Johnson said the hours that WCC employees from ITS and Web Services spent working on the website project were never tracked. “Everyone had multiple projects that they were working on, so it would be… impossible for me to guesstimate hours,” Johnson said.”

The salaried employees had to track exception time, and every revision they made to the code base was time-stamped. The developer team routinely worked 70-80-hour weeks, and on multiple occasions worked for a month straight, including weekends and holidays, with no days off.

I know this because my husband was part of this team. His work schedule included countless 18-hour days as he and his co-workers attempted to meet the administration’s arbitrary deadlines. Frequently, he went to work in the morning and simply didn’t come home until the next day – sometimes just to shower, change clothes and then return to work.

In the spring of 2019, the administration announced the new website. The user community tested it. Phase One was in the final stages of development.

In an effort to deliver the website, the 80-hour work week pattern continued. About the time the developers finished the first phase of the website project for the College – complete with a go-live date – the administration announced that it was outsourcing the IT staff.

The Voice previously reported that the site was expected to “soft launch” last March, but this launch date was postponed to make functionality improvements. Since then, the website team has held a series of focus group sessions to identify areas of improvement, said John Powell, a web design and content manager at WCC.

The quote came from the Marketing Department, so you’ll have to forgive the spin, but WCC postponed the website launch because the people who developed the website were outsourced. Plain and simple.

After the administration rammed the outsourcing proposal through the Board approval process, the developers made it clear that they were all leaving. Ellucian sent its own developers to WCC to learn how the new website worked. After two weeks of intensive review of the underlying code, the Ellucian developers couldn’t understand it. WCC had no choice but to “postpone” the website launch and cobble together an off-the-shelf solution that visually resembled the new website.

WCC website was a massive project with no budget?

“There might be a little anger, and I respect that,” Bellanca said. “We tried to take care of everyone and treat them well… but I respect there’s a difference of opinion.”

The administration knew for months – perhaps years – that it planned to outsource the IT staff. They allowed the website project to go full-bore for more than a year with absolutely no cost controls in place. While the WCC administrators pushed the developers to work 80-hour weeks to deliver the website, and rang up ungodly overtime bills for the contract employees, they had already decided to outsource the staff at the end of June. And in outsourcing the IT staff, the administration also knew that there was a significant risk that Ellucian could not (or would not) manage the website without the WCC developers on staff.

And since when is making a team of employees work 80-hour weeks for months on a project knowing that you plan to terminate both the employees and the project considered “treating them well”?

“We didn’t really establish a formal budget for it; it was something that we grew into.” – Bill Johnson, WCC CFO

WCC’s Chief Financial Officer says that there was no budget in place for the project. Think about that statement for a moment.

The Chief Financial Officer – who was in charge of the IT Department and whose day job is to manage WCC’s finances –authorizes and oversees a massive, years-long project (with input from the highest levels of the WCC administration) that has no budget?

Does that really sound like the person who should be in charge of WCC’s finances? Or its IT Department? Or both?

Why the taxpayers should be angry

So, when the developers left, what did the administration do?

Yep. It threw the whole thing out and slapped together a marginally operable website that on the surface resembles what the College demonstrated in the spring, but meets few of the functional requirements that the administration demanded of the developers between 2015-2019.

And when the Administration was asked about the cost of the project – the one with no budget – they offered up a fantastically slim figure of $365,000. For a developer staff of as many as ten people, for four and a half years– including a salaried director, three full-time developers, two contracted developers who are collecting hours of overtime each week, three marketing staff members, and a contracted project manager, plus outside contractors?

The Administration would rather make the resoundingly stupid statement that the project had no budget than admit the truth.

They flushed a functionally complete, fully customized website down the toilet – a website that took nearly five years to build and cost Washtenaw County taxpayers at least a million-and-a-half dollars – and very likely more. Why? Because their hand-picked service provider did not understand what the WCC developers had built and did not know how to (or did not care to) support it.

This represents a massive failure on all levels of the WCC administration. It clearly illustrates the unvarnished danger of issuing no-bid contracts. The administration’s hand-picked contractor could not support this project and the administration never considered any other options. For them, the easier solution was to throw away millions of taxpayer dollars and start over. (After all, few WCC administrators pay taxes in Washtenaw County.)

The public deserves the truth

This is why I say that the taxpayers of Washtenaw County have never been told the truth about why the Administration outsourced the IT staff. Instead, we get fed lines like this:

“If there is, the negativity will probably be from, maybe, some disgruntled past employees,” Bellanca said. “It was the right thing to do; I mean, we did it for the right reason.”

Rose Bellanca has never provided a cogent explanation of what that “right reason” was. Eight months later, she can only disparage former employees as her executives struggle to maintain this administration’s chronic deceit. This is not about “disgruntled past employees.” This is about a community college administration that throws away tax dollars by the millions while simultaneously asking for more.

Killing a major IT project that spanned nearly five years, allegedly had no budget, no spending limits, and tracked no expenses or hours of effort – minimally amounts to gross mismanagement by the College President and the Chief Financial Officer.

This administration has either lied to the Board of Trustees, or the five Trustees who approved the outsourcing contract are voluntarily complicit in wasting millions of taxpayer dollars.

As the Chief Financial Officer, Bill Johnson accounts for every penny that WCC spends. As the acting Chief Information Officer, it was both his job to know the budget of this massive project and to contain its costs. He now states that he did neither. Claiming that he does not know the project’s ultimate price tag – when he personally oversaw the project, signed off on every single expense related to it, and directly supervised the project’s director – should be grounds for immediate termination.

Published in Board of Trustees, IT Outsourcing, Millage and WCC Budget