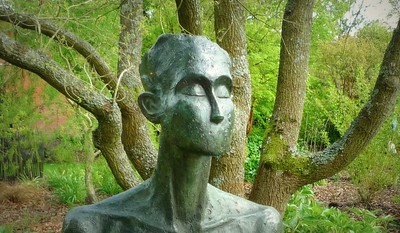 Last month, I described the concept of intergenerational theft. An activist in Los Angeles uses the term to describe the continuous shifting of resources away from infrastructure maintenance. Over time, this approach has created a seemingly insurmountable $10B backlog of “deferred maintenance” for the City of Los Angeles.

Delaying maintenance obligations does three negative things: first, it pushes the cost of undone maintenance off on future taxpayers. Second, it drastically increases the cost of the maintenance – or ultimately, the repair. Third, it limits future taxpayers’ options for addressing the problem of aging infrastructure. No matter what, delaying maintenance increases the ultimate cost to whomever gets stuck holding the bag. (I don’t want to go off on a tangent, but one of our esteemed Trustees worries excessively that “free college” programs will leave the community colleges holding the bag. He has no problem, however, sticking future generations with the bills for his own decisions.)

So, when the Trustees talk about building a hotel and conference center, they’re committing future generations to paying for the maintenance and upkeep of such a facility. First, WCC does not have a good track record when it comes to maintenance. When the Administration can only devote $400,000 to maintaining a 1.2M square-foot plant, they have kind of forfeited their right to make plans for more buildings.

Second, classroom buildings are extremely high maintenance affairs. They don’t last as long as standard construction, largely because they’re so heavily used. Educational buildings require constant maintenance and upkeep, and regular rehabilitation. When the Administration demonstrates annually that it cannot (or will not) take care of what are understood to be high maintenance buildings, its last priority should be building more hard-to-take-care-of buildings.

Third, if a classroom building is high maintenance, a hotel and conference center should be damned near impossible to maintain in good condition. The Health and Fitness Center is doing its best to demonstrate how expensive and unrelenting building maintenance can be. WCC cannot ignore maintenance at the Health and Fitness Center because it relies on revenues from memberships to defray the building’s costs. If WCC does not address maintenance issues when they arise, it risks the loss of memberships from people who will not pay a premium to use an ill-kept facility.

A hotel and convention center are more of the same. Likely worse. People will not stay in a poorly maintained hotel. Groups will not hold conferences in poorly kept facilities. These “money-makers” will set the institution on a non-stop maintenance treadmill. Behind the associated bond debts, the maintenance of these facilities becomes the highest spending priority on campus.

And despite the absolute assurances to the contrary, these buildings will not pay for themselves. And when they don’t, the College will tap the General Fund to pay for them. Just as it is doing for the Health and Fitness Center right now.

Each time the Administration taps the General Fund, or raises tuition, or adds another fee to cover the cost of the debt and maintenance on all of these great yet-unrelated-revenue generators, look at our community and ask yourself whose futures were stolen to pay for the Health and Fitness Center? Whose prospects are in the process of being traded to build the “Advanced Transportation Center?” Whose chances to escape poverty will the Trustees steal to build a hotel?

Intergenerational theft is real. It is devastating to the people who have the least representation at the time the decisions are made. Few Trustees consider the students who are on campus today. Who is taking the time to consider the impact of these insidious decisions on future WCC students? How much tuition will impoverished students in the Class of 2042 have to pay for today’s poor spending decisions?

The November 3 election is your one opportunity to make your voice heard. Don’t remain silent.