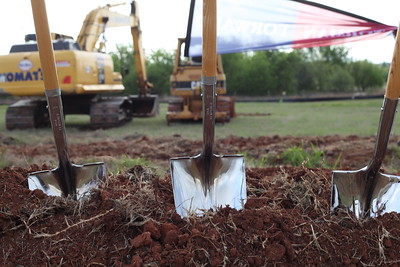 If there’s any doubt about how the “Advanced Transportation Center” will be used, this discussion at the November 2019 Board Retreat erases it. The building has just three classrooms and one vehicle bay that features a portable lift. The lift will be stowed away when not in use – and from the sound of it – the portable lift will be stowed a lot. This may go without saying, but one vehicle lift means one vehicle. Not nearly enough for a legitimate “Advanced Transportation” program.

Not a lot of academics, though. No faculty offices – because why would you have faculty offices in a non-academic building? It would be hard to schedule regular academic classes there when the focus of the building is on events like fundraisers and conferences.

When the building was first priced in 2018, it was $6M. By the time the State of Michigan got around to evaluating it, the Legislature was only willing to chip in $2M. WCC CFO Bill Johnson attributed the rising price tag to significant increases in the cost of construction. By the time the doors open, we’ll likely be on the hook for $10M for this sham.

The taxpayers should take State’s lesson on Advanced Transportation Center

Remember, the State will fund 50% of qualifying community college construction. That 50% is pro-rated, however, when the building falls short of the State’s expectations for campus buildings. The State is only willing to pay 25% for this building right now. That means Lansing sees little merit in the Advanced Transportation Center. The voters should also have the opportunity to decide whether the Advanced Transportation Center should qualify for taxpayer funding.

And what is Trustee Milliken’s primary concern with the ATC?

“What kind of revenue does that produce?”

At what point did schools turn into profit-seeking ventures? I have to say “profit-seeking” because we’ve shoveled tens of millions at the HFC so far, but we haven’t found anything yet.

Educational institutions receive public funding because education is a public benefit. Taxpayers do not fund schools to enable them to engage in speculative business ventures. Clearly, WCC’s runaway Board of Trustees has fully abandoned its duty of loyalty to the taxpayers. They are now simply spending the County’s education money on whatever carnival ride the Administration dreams up.

Revenue generation was never part of the calculation for building the OE Building or the TI Building or the LA Building. In fact, no responsible Trustee should ever measure any campus building by that standard. WCC exists to educate students. Period. Those Trustees who refuse to acknowledge education as WCC’s highest purpose should step down.

It should be noted that Ruth Hatcher was the only Trustee who possessed enough courage and conviction to vote against issuing bonds to fund this shameless waste of taxpayer resources.

Published in Board of Trustees, Health and Fitness Center and WCC Conference Center and Hotel