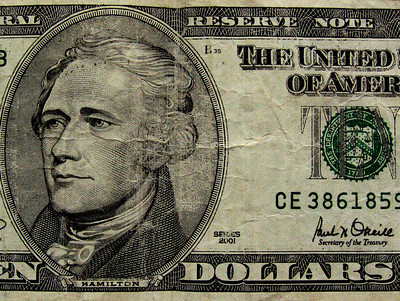 Yesterday, we looked at Trustee Richard Landau’s rationalization for adding a $10 per credit hour fee to pay for WCC’s debt. To Landau, borrowing money and offloading the cost to students is preferable to seeking a bond appropriation from Washtenaw County voters. Trustee David DeVarti offers a different position.

3:49:45 David DeVarti It’s already – there are already people that struggle with food insecurity and housing insecurity, who are on our campus, who are taking our classes, and we’re going to hit ’em with a 10% increase on their tuition and fees?

DeVarti’s broader point is that the College has a mechanism to pay for capital debt. He’s not afraid of the voters, and he also has no reason to be. Voters in Washtenaw County have traditionally supported WCC’s requests for bonds and millages. WCC’s $20M debt paid over 15 years is $1.4M per year. It’s an insignificant amount on the average tax bill.

And it’s also the right way for an institution to approach capital debt. AAPS just sought and received a $1B bond authorization. To be sure, it was controversial and not every voter supported it, but AAPS asked and the voters agreed.

What does it mean when the Trustees of an educational institution have become so distanced from their community that they are literally afraid to ask for pennies? Washtenaw County had $17.6B in taxable value in 2018. The property tax debt that WCC proposes to dump on the students would amount to less than $0.10 per thousand in taxable value for property owners over 15 years. What does it mean when the Trustees would rather consign people to poverty than ask traditionally generous voters for a few dollars per year?

Some of the $20M the administration wants will rehab buildings on campus that require significant work. Put aside – for the moment – that neglect raised the price of much of the rehab cost. At the end of the day, we need to fix the buildings. The rest of the $20M will fund absolutely meritless construction projects with little academic value. But capital projects look good on an executive’s resume.

If given the option, the taxpayers would “separate the wheat from the chaff.” They would agree to the building improvements. I’m not sure about the executive’s resume improvements.

Washtenaw County residents should be asking whose interests the WCC Trustees are representing.

Published in Board of Trustees, Deferred Maintenance, Millage and WCC Budget