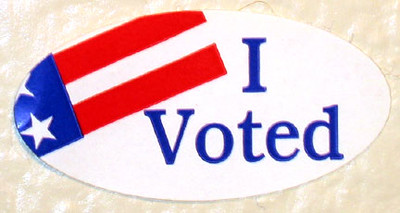 WCC and the Art Of Voter Avoidance

WCC is considering some capital improvements. These improvements include building a building or two, and repairing buildings that need significant rehabilitation. The estimated price tag for these projects is $20M. For a moment, ignore the fact that the projects aren’t set to move forward for at least a year. (The delay will make the cost rise even higher.) But say the absolute, real-dollar cost is $20M. How will WCC come up with $20M without asking the voters? They plan to practice the gentle art of voter avoidance. Read on.

WCC has a few different options for funding this capital work. They include:

What each debt option offers

General obligation long-term bonds (GOLT) are also called tax-backed debt. GOLTs get the best possible interest rates. WCC can’t just issue GOLT bonds, though. The College needs to get the voters to agree to issue GOLT bonds. Tax-backed debt is the cheapest way for WCC to borrow money because the taxpayers guarantee the payback. There is literally no risk of default.

Debt financing, also called revenue-backed debt, is the other borrowing option. The College can effectively get a loan. The “loan” isn’t like a loan you and I get. It is also a bond issue – minus the voter approval. Ta-da! Voter avoidance! Avoiding the voters gets a higher interest rate, presumably to cover the increased risk of default. WCC repays the debt from the general fund. General fund money is less certain than a line item on a tax bill. The state can cut the appropriation. Tax revenues can fall. Students can stop enrolling.

The other problem with using General Fund money to pay debt is philosophical. The voters and the state provided that money for – you know – operating the College. Not paying off debt, and not as a back-door way to finance construction. WCC can always increase its revenues to cover new expenses. In this case, WCC is contemplating a student-paid fee. The $10-per-credit-hour fee would mean that WCC would not have to cut its current expenses to pay for the new debt.

Capital fund reserves would only be an option if WCC were storing its Boatload Of Cash in the capital reserve on the off chance that the administration wanted to build a building or fix some stuff. The administration has chosen to invest the extra cash it receives into shoring up the administrative staff, so this highly responsible, debt-free option isn’t available. (Sorry.)

Who are the Trustees representing?

This small video snippet (transcript) is part of a much larger discussion about WCC’s financing options for this debt. It’s clear that some Trustees prefer the more expensive option- hitting up the General Fund -to avoid going to the voters.

It would cost the taxpayers less, and WCC would get more out of asking the voters to support a bond. Further, it would avoid laying an enormous financial burden at the feet of the students. But certain trustees are afraid of the voters, largely because they know they haven’t been responsible with the enormous amount of money that we’ve entrusted to them.

Instead of being “responsible stewards of the taxpayer dollar,” the Trustees and the WCC administration have been spending it like they’ve got a stolen credit card. They show no regard for the students – who will pay, on average, an extra $80-$90 dollars per semester. That’s in addition to the $80-$90 dollars they already pay for the “technology fee.” A $20M bond over 20 years would add something like $10 per year to the average tax bill in Washtenaw County.

Depending upon the number of credits a student takes, the “facilities fee” could generate far more than WCC needs to pay this particular debt. And there’s no guarantee that once the debt is paid, the fee goes away. In fact, I’ll say it: the fee won’t go away.

The danger of voter avoidance

When you look at the full conversation – which takes about 45 minutes – Trustees DeVarti and Hatcher clearly oppose the plan. Everyone else is cool with letting the students pay for WCC’s debt – not because it’s the right thing to do – but simply because it avoids the voters.

Voter avoidance is a really big thing. You can interpret this strategy as the Trustees not wanting to bother the voters for $10. Here’s another way to look at it. Revenue-backed debt takes the voters out of the equation. It’s an end-run around the voters because it converts capital expenditures to operating expenses.

How do you feel about the Trustees obligating voters to paying the debts on a hotel and convention center we didn’t ask for? Do you mind paying for buildings like the Advanced Transportation Center and “retail outlots” that have no academic purpose? How about more buildings like the Health and Fitness Center that will cost a lot to operate and maintain, but can’t support themselves?

Shall the limitation on the total amount of taxes which may be imposed on taxable property within the Washtenaw Community College district, State of Michigan, be increased by 1.00 mill ($1.00 per $1,000 of Taxable Valuation) for a period of 10 years, the years 2021 through 2030 inclusive, to provide funds for operating purposes? Of the 1.00 mill, 0.9718 represents a renewal of that portion of the 1.00 mill authorization previously approved by the electors as reduced by operation of the Headlee Amendment, and 0.0282 represents new additional millage in the amount equal to the amount reduced by operation of the Headlee Amendment. It is estimated that the 1.00 mill would raise $17,500,000 for the College when first levied in 2021.