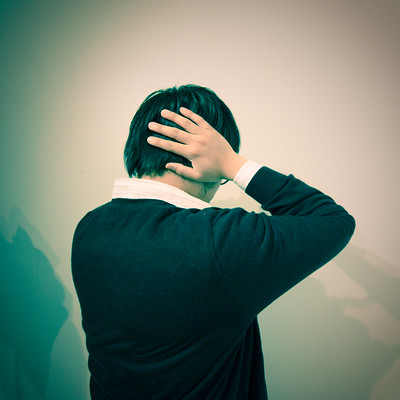 Five issues to consider when voting for WCC Trustees

Voters will send three candidates to the Washtenaw Community College Board of Trustees in the November 3, 2020 General Election. WCC Trustees will determine the spending priority for about $400M in tax revenues over the next six years. So, the voters’ choices matter. Here are five important factors to consider before choosing the candidates to sit on the WCC Board of Trustees.

In the past six years, the WCC Trustees have rejected a grand total of one motion. One. And what was that one motion? A tuition freeze. The WCC Trustees rejected a tuition freeze in a year that left the College with excess revenues of nearly $8M. The rejected motion was placed in front of the Board by David DeVarti. Every other motion – all of which were requests by the WCC Administration – was approved. Ruth Hatcher and David DeVarti cast the largest number of “No” votes. Christina Fleming has not cast a single “No” vote since 2016

A Board of Trustees that does not ever turn down a single request does not exercise genuine oversight. As a unit, WCC Trustees do not do what they were elected to do. Their collective voting record shows that they are not independent of the Administration. That is not a circumstance the voters can or should tolerate. WCC is now operating with a structural deficit. A structural deficit is bad enough, but WCC is one of the best-funded community colleges in Michigan.

Takeaway: One of the best-funded community colleges in Michigan is running out of money due to the Board of Trustees’ failure to control Administration spending.

The WCC Board of Trustees authorized the issuance of millions of dollars in bonds to construct a new building with limited academic space and to rehab the Student Center Building. They plan to repay the bonds using the school’s operating millage. The General Fund does not have enough money to make these payments, so the Administration planned to institute a $10-per-credit-hour fee on students.

The new WCC Master Plan includes the construction of a hotel and convention center. This is another high-maintenance boondoggle, like the Health and Fitness Center, that will not support itself.

The Board of Trustees could seek a bond-and-millage issue to pay for these projects, but they are literally afraid to ask the voters for more money. Instead, they prefer to stick the students with the cost of a building not meant for them.

Takeaway:The Trustees are fine with shopping off the cost of unnecessary construction on the students, who pay dearly each time the WCC Trustees issue bonds against the General Fund.

The WCC Board of Trustees has consistently failed to direct the WCC Administration to spend adequately to maintain WCC’s 1.2M square feet of campus infrastructure. This approach has created a multi-million-dollar backlog of “deferred maintenance.” WCC will use $8M of a planned $9M renovation of the Morris Lawrence Building to address the building’s maintenance backlog. The State of Michigan reduced its funding commitment for a planned rehab of the Student Center Building to offset millions of dollars in neglect that WCC never addressed. The proposed maintenance budget for WCC in FY2021 was $400,000. That works out to $0.33 per square foot, which is well below industry standards for commercial building maintenance. This chronic underfunding of building maintenance will only increase the cost of addressing neglect.

Takeaway: The WCC Administration refuses to prioritize the care of the WCC campus, which represents an investment of hundreds of millions of Washtenaw County taxpayer investment. And the Board of Trustees is not looking out for our investment.

Takeaway: The WCC Board of Trustees has approved every single hire the Administration requested. This growth in staff size has increased the cost of WCC’s administration by nearly 30%. It should come as no surprise that WCC has a structural deficit. This is why! And the Board of Trustees, which has the sole responsibility for overseeing the College’s finances, refuses to act.

The No-Bid IT Services Contract

In June 2019, the WCC Board of Trustees approved a $26M no-bid contract for managed IT services. The contract eliminated the jobs of 31 full-time technical employees. The Administration attempted to suggest that the move would save $600,000 per year. However, WCC spent more than $1M more on IT services in the first year of the managed services contract. In addition, the Administration threw away a massive investment in a website re-design. Then, they deliberately attempted to mislead the community on the project’s costs. The Board of Trustees recently committed to spending an additional $1.5M on IT infrastructure in FY2021, to comply with the terms of the managed services contract.

In any other community, a $26M no-bid contract would result in the termination of any Administrator who came within 30 feet of that idea. After holding a public hearing on the matter, and fielding comments from more than 100 members of the public, the WCC Board of Trustees approved the measure. Ruth Hatcher and David DeVarti voted against it. Christina Fleming voted to approve it.