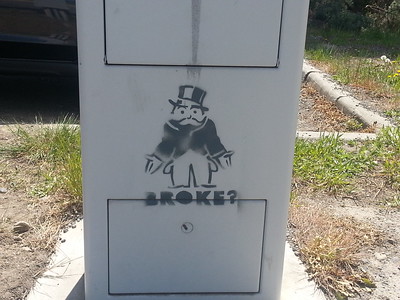 WCC has an over-abundance of administrators and a shortage of Trustees who are willing to say “No” to the Administration’s inane spending requests. While the administration has made staff cuts recently, the staff they cut won’t bail them out of the structural deficit that the current administration has created for Washtenaw County taxpayers. WCC is wasting million of dollars annually thanks to poor oversight by the Board of Trustees.

WCC is, in fact, running out of money. And it’s not because the taxpayers haven’t adequately funded the College. It’s because WCC’s current administrators do not follow the mantra that always served the College well: responsible stewardship of the taxpayers’ dollars. Ideally, the Board of Trustees would exercise good oversight and prevent this from happening. But they don’t.

As a result of poor oversight, WCC’s buildings are now in dire shape. Repairs that should have been done years ago have been delayed. At least one building on campus has been neglected for so long that it is cheaper to replace it than repair it. The Morris Lawrence Building is approaching this state. And the major renovation that was scheduled for 2021 has been delayed again.

Delaying required maintenance on a building costs money. A lot of money. It commits the College to spending more money in the future to fix today’s problems. It also increases the operating cost of the building. In some cases, it allows damage to occur, which further increases the cost of the eventual repair.

WCC has a higher per-cubic-foot cost for utilities than any other community college in the state. Instead of replacing deficient heating and cooling systems, WCC continues to scrape by on end-of-life equipment. These EOL systems cost more to operate because they meet the efficiency standards that were in place 20-30 years ago. They cost more money to repair because critical parts are becoming increasingly harder to find. Instead of installing efficient systems that cost less to operate, the Administration prioritizes spending on executives.

As the result of poor oversight, the current and previous administrations committed millions of dollars from the General Fund to pay for debt service on foolish gambles like the Health and Fitness Center. In addition to paying off the debt for the building’s construction, WCC has paid additional millions in maintenance, repairs and renovations. The building will not be paid off until 2027. The annual debt payments are approaching $1M, and will soon exceed that. That’s $1M or more of operating revenues that must be diverted to pay loan debt. Each year! And this administration wants to borrow even more money to build another useless building to neglect.

Board action is the only way to correct mismanagement

The future of WCC depends on the Board of Trustees. We cannot afford to keep returning Trustees who misunderstand their roles or refuse to do their jobs.