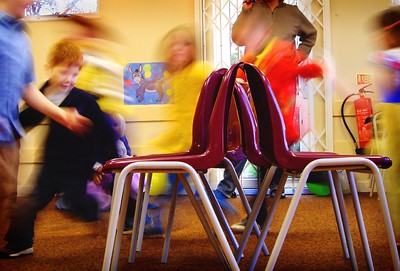 Last summer, the WCC administration outsourced its in-house IT staff. The outsourcing contract requires WCC to make payments of more than $433,000 per month to Ellucian. No matter what. Ironically, we are now firmly stuck in No-Matter-What. The outsourcing move was supposed to deliver $600,000 per year in cost cutting. Breaking news: that has not happened.

Just when WCC really needs some cost cutting, it now pays more per month than it did to manage its own IT staff. And not just by a little bit. The deal with Ellucian costs about $100,000 per month more than the home team did.

The Ellucian contract is not negotiable. In fact, it is not clear that the contract cost was even negotiated since it was not put out for bid. And that figure is only the contract for personnel. It does not include licenses for the Ellucian software. That is under a different set of contracts, and those costs accelerate at a rate of 6%-7% per year.

Inexplicably, the WCC administration believes that it has made a brilliantly strategic move by paying a premium for incredibly expensive, ancient, hard-to-support software and high-cost IT support services with Ellucian through 2024.

Had WCC maintained control of its own IT staff, it could have left itself room to adjust its IT costs. That flexibility would have come in handy right about now. Instead, the administration roped the College into paying multi-year fixed price contracts for software and IT services. At the same time it is shoveling contractually bound money at Ellucian, WCC is also laying off staff members to reduce its operating costs.

Ellucian’s Banner product is WCC’s enterprise record software. Its core is written in COBOL, which is ridiculously old and exceptionally hard to support. Banks also use COBOL to process ATM and other vital transactions. The legacy cost of supporting their dinosaur mainframes grows substantially every year. One industry analyst estimates that half of the world’s 100 largest banks will either merge with another bank or go out of business in the next three years because of the legacy costs of supporting their COBOL systems.

COBOL costs a lot to support, but that is not really what makes Banner so exquisitely expensive. Ellucian – the company that owns the rights to Banner – owes billions of dollars in bond debt. The venture capital firms that currently own Ellucian borrowed heavily to buy the company, betting that they can sell Ellucian before the bonds come due . In Ellucian’s case, that’s 2023. Until that time, Ellucian will make interest-only payments on its debt. That is what makes Banner so expensive.

Typically, once a firm falls into VC ownership, it becomes an unwilling participant in a high-stakes game of musical chairs. The goal of the leveraged VC owner is to flip the company for a profit before the bond payments come due. A leveraged VC owner does not want to get stuck refinancing its upside-down bond debt on a company whose market value has tanked.

Rumors are already circulating of an impending Ellucian sale in the neighborhood of $5B. The sale was supposed to take place in the first quarter of 2020. Depending upon how badly the economy turns, it could be very difficult to close a sale at this time.

The bottom line is that relying on COBOL-based systems is neither good nor cheap. Nor will it get better or cheaper. If anything, the COVID-19 crisis should finally convince state governments, banks and higher education institutions that it is time to dump COBOL for good.

Higher education institutions – especially of the publicly funded variety – may have no choice regarding cost cutting. COVID-19 losses and severe funding cuts at the state level may force colleges and universities to sharply reduce their administrative costs. Ditching expensive legacy systems is one way to do just that.

Typically, colleges and universities avoid switching records systems because of the cost. One thing that could make Ellucian less attractive is a mad rush for the doors by cash-starved institutions looking to get out from underneath their onerous Ellucian contracts. Doing so would put their enterprise records on modern architecture, which costs less to acquire and support. In the long run, they would accomplish significant cost cutting simply by making the switch.

The WCC administration has put the College in a particularly bad spot. Right now, WCC is paying a huge sum for Ellucian’s software, and a much larger sum for its IT services. Cost cutting here is simply not an option. Ellucian has also provided WCC’s CIO. That means there is no one with any legitimate IT expertise in WCC’s administration looking out for WCC’s best interests. The administration has literally put the fox in charge of the hen house.

Given the uncertainty of the investment market right now, it is hard to envision another investor paying $5B for programming that was cutting-edge during the Kennedy Administration. If the sale happens at $5B (now or later), that will translate to even higher legacy software and support costs for Banner.

Published in Board of Trustees, Community college affordability, IT Outsourcing and WCC Budget