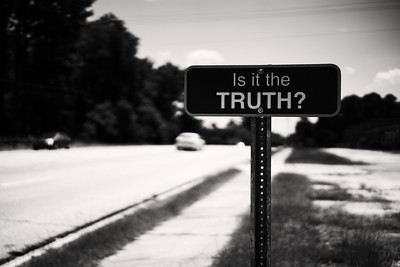 Voters are without honest answers about IT outsourcing

The voters of Washtenaw County are paying the bill for a $26M no-bid contract for outsourcing WCC’s IT Department. The contract figure doesn’t include the cost of buying out the employees who lost their jobs. Without honest answers about what happened and why, voters should reject Proposal 1 until the truth comes to light.

The administration made numerous specious claims about why the IT outsourcing plan was both necessary and good for WCC.

The Board of Trustees offered no explanation for why they accepted this lie from the Administration, when it is the responsibility of their office to protect the interests of Washtenaw County’s taxpayers. Worse than merely accepting a lie, the Board of Trustees facilitated the misappropriation of nearly $30M in property tax revenues to make this happen. We still do not know who benefited from this transaction, or why it even occurred.

Vice President Bill Johnson offered the statement that the contract would save WCC $600,000 per year. The contract has NOT saved the College $600,000 in its first year. In fact, the College’s IT budget has climbed by nearly $1M under the new support contract. In FY 2019, the College budgeted $8.1M for IT services. Currently, WCC’s IT budget sits at $9.03M, and taxpayers can expect this number to climb higher.

The Board of Trustees should be calling the administration to account for this, but they’re not. Five trustees allowed this to happen, and it’s clear from the way the Board handled this contract that its actual approval was arranged well in advance of the formal vote.

Demand accountability on IT outsourcing

The five trustees who voted to approve this contract (Davis, Fleming, Landau, McKnight-Morton and Milliken) must account for the charade they conducted on June 4. Why bother holding a public comment session on the matter when they already agreed to a deal? Why invite comments from hundreds of members of the public when the Trustees had already agreed on their votes? The Board of Trustees refused to listen to the public on June 4, 2019, but they cannot refuse to listen to the public on March 10, 2020.

It is now up to the voters to hold the Board of Trustees to account for this fiasco. As voters, we must demand honest answers from the College about this particular contract. Without them, the Board will proceed with a public mandate to overlook, rather than to oversee.

As it stands today, most members of the Board of Trustees are using their positions not to protect the interests of the Washtenaw County taxpayers, but rather as a license to waste tax revenues on pet projects and personal agendas, and to rubber-stamp foolish decisions by a non-resident administrative team that literally has no investment in Washtenaw County.

Published in Board of Trustees and Millage