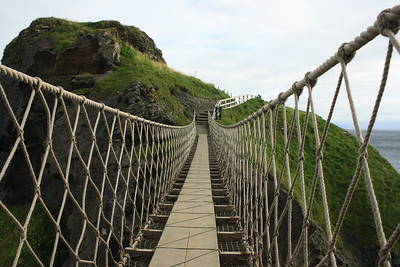 Three (more) things to consider when voting for WCC Trustees

In April, WCC’s Chief Financial Officer, Bill Johnson, informed the Board of WCC’s “structural gap” between incoming revenue and outgoing expenses. Voters should understand that the term “structural deficit” has a specific meaning. It means that when the economy is running at peak performance, and WCC is maximizing revenues, it still spends more than it takes in.

WCC does not have a structural deficit because we have underfunded it. In fact, we provide WCC with more property tax revenues than all but two other community colleges – Oakland and Wayne County. The State has regularly provided a stable or increasing appropriation, and the Trustees have cranked up student tuition when necessary.

The current administration insists that it needs additional revenue. The 2020-2030 Master Plan includes a hotel, convention center and retail spaces on the College property. The “need” for more revenue exists because this Administration cannot (or will not) control its spending. WCC now has 10 Vice Presidents. Administrative costs have increased by more than 17% since FY2012 using 2019 dollars. The increase to instructional spending during the same time (also using 2019 dollars) was 6.4%. And the Trustees tap General Fund to pay for capital construction projects.

Takeaway: WCC does not have a revenue problem. It has a spending problem – one that the current Trustees refuse to address. (They haven’t voted down a single spending request since at least 2014.)

WCC initially planned to break ground on this project in 2020. After the WCC Trustees voted to authorized bonds against the General Fund, the pandemic struck. This project has been delayed “indefinitely” but not permanently. The “Advanced Transportation Center” is not an academic building. There are a couple of minor academic programs slated to occupy the building, but with modular classroom space and no faculty offices, the building is really meant as an event venue.

This is another attempt by the Administration to generate revenue. The academic programs slated for the building are already in place in other campus facilities. They’re not the kind of programs that require specialized academic space, much less a dedicated building. They can operate just as effectively in their current locations. Even the College President admits that the building really isn’t about “advanced transportation.” That’s just the name WCC submitted to the State of Michigan when it applied for funding. The State of Michigan will fund qualifying construction projects at up to 50% on community college campuses. That reduces the cost to local taxpayers. In the case of the “Advanced Transportation Center,” the State was only willing to fund 25% of the construction costs because the building only minimally qualifies as “academic.”

Takeaway: Unnecessary construction is wasteful of the available space on campus. Moreover, it diverts funding that taxpayers intended for education to debt repayment, and it all but guarantees that students will pay higher tuition rates for construction that most of them will not ever use. Further, failing to take advantage of state funding merely increases the taxpayers’ cost of unnecessary building projects.

Borrowing against the General Fund has its limits

WCC has a borrowing mechanism that enables the taxpayers to authorize a separate tax stream to pay for capital projects. This mechanism lowers the interest rates on the bonds, and ensures that the annual tax appropriation goes toward operations. Better still, when interest rates drop, WCC could refinance these bonds and reduce the property tax collection countywide.

The WCC Trustees refuse to use this mechanism. Instead, they prefer to pay higher interest rates and divert operational dollars to repay loan debts. This is part of the reason WCC has a structural deficit.

Takeaway: The WCC Trustees cannot continue to devote operational dollars to a growing debt load without triggering serious financial consequences. As it turns out, those consequences have arrived.

WCC borrowed about $17M to build the Health and Fitness Center, which opened in 2007. The HFC was originally intended to serve College employees and the public. It was not intended for student use. The facility was designed to support about 6,000 users, and was supposed to be self-supporting.

WCC spends nearly $1M each year in building maintenance and another $1M in bond debts for the HFC. To classify the building as “high maintenance” is an understatement. This “gift” from a former College president has cost the Washtenaw County taxpayers millions of dollars and will continue to drain College resources until WCC tears the building down. It is not the money-maker that the Administration portrays it to be. In FY2020, the building lost nearly $1M, all of which was made up from – you guessed it – the General Fund.

Takeaway: The Trustees failed to consider the serious financial risks associated with this project before committing the taxpayers to this maintenance nightmare. This facility’s business model depends on a crippled industry whose prospects for recovery are cloudy, at best, and the Trustees never bothered to insist on an exit strategy if the building couldn’t perform as advertised. The Trustees are lined up to repeat the exact same mistake (on a much larger scale) with a hotel and convention center.

The voters rely on the WCC Trustees to exercise genuine oversight over our investment in WCC. Too few members of this Board take their responsibilities seriously, and it’s costing the taxpayers a fortune. Their unwillingness to demand accountability from the WCC Administration has mired the College in debt. They’ve signed off on the construction of a new building, when this Administration all but refuses to take care of the buildings we’ve already invested hundreds of millions of dollars in. Worse, they’re gambling our education dollars on financially risky revenue generation schemes that are coming up short.

The Trustees are the only body designated to provide financial oversight. We need Trustees on the Board who understand and can perform the duties we need and expect. We don’t need Trustees who sign off on everything the Administration asks for without seriously considering the associated financial risks.