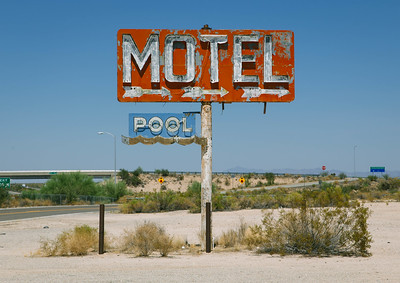 Washtenaw Community College is putting the finishing touches on its master plan for the coming decade. Albert Kahn Associates designed the College’s master plan. It is the product of more than a year’s worth of meetings and information-gathering workshops around campus. The WCC master plan calls for:

We’ll discuss the flaws in each of these plan facets elsewhere, but building a hotel and conference center on the campus of WCC is downright troubling. It should worry every Washtenaw County taxpayer.

In the WCC master plan, Kahn suggests that WCC partner with a developer to build a hotel, conference center and parking garage. At the July 30, 2019 Board of Trustees meeting, Trustee Richard Landau proposed that WCC build and own the buildings and simply contract for a third party to manage the facility, as the College does with the Health and Fitness Center.

53:42 Richard Landau:You’re saying that we would try to outsource this to a developer anyway, which is, by the way very similar to what we’re doing with the Health and Fitness Center. We have, we built – I mean, I’m not sure if I would want – just as a practical matter – I would – I’m not sure we wouldn’t want to own the building that we’re building, rather than – especially if it is on campus. I would think that we would certainly collaborate with somebody on design, but we may want to own the building and lease it to – you know, um – a hotelier who would deal with that type of stuff.
Transcript, Board of Trustees Meeting, July 30, 2019

To clarify, Trustee Landau says that he prefers that the College build, own and lease a campus hotel, rather than rely on a private developer.

Side note: there is currently no available land near WCC’s campus for a hotel or any other development. The only way a private developer could obtain land adjacent to the campus is to buy it from either WCC or from St. Joseph Mercy Hospital.

Additionally, (outside of the College administration), there is no evidence of demand for hotel space in this particular area.

So, if there’s no demand for hotel space, is there a demand for conference/convention services?

55:02: Stephen White (Albert Kahn Associates): But it’s a big leap to become a – you would like someone else to –

55:07 Richard Landau: But there are also probably some issues – I mean I don’t know how the Ann Arbor Convention Bureau Center folks would feel about us operating a hotel. I don’t know if anybody would care, particularly. Um –

55:31 RL: Sure. Sure. But I mean if… if… if… it was potentially dormitory space part of the year, hotel space part of the year, and I’m not sure you could ever find a third-party who would operate that type of operation but, um, I mean, obviously during the summer months, we could fill up a hotel for probably at least four to five weeks out of the summer maybe longer.” Transcript, Board of Trustees Meeting, July 30, 2019

Before voting to authorize the upcoming millage on March 10, 2020, taxpayers should ask themselves these questions about the WCC master plan:

How does a hotel and conference center fit into WCC’s educational mission?

Why should Washtenaw County taxpayers compete with local hotels for meeting and room space?

Can this proposed development break even?

If not, will taxpayers be stuck subsidizing the hotel operation?