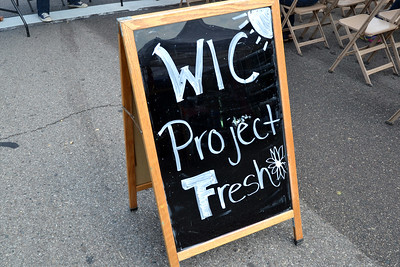 It’s easy to think that a so-called “down-ballot” race for community college trustees doesn’t really matter. For many voters, the candidates are a collection of names. Many voters don’t even vote in these races, even though there are so many things at stake. And that’s precisely why the 2020 WCC Trustee election matters.

The money we spend on WCC matters

Washtenaw County voters will invest $60M into WCC in 2020 alone. The 2020 WCC Trustee election will determine who decides how to spend about $400M of Washtenaw County taxpayers’ money over the next 6 years. Do you want Trustees who simply sign off on everything the Administration asks for? That’s what we have right now, and it doesn’t serve us very well.

The students who attend WCC matter

Washtenaw County has a poverty rate of 16%; that’s above the national average. WCC is the most affordable option for people in poverty and living on the margin to improve their job prospects, their lifetime earning potentials and their overall economic status. Instead of using the vast resources that Washtenaw County taxpayers provide to help students, WCC Trustees allow the Administration to waste money on silly projects that don’t help people exit poverty. Allowing the President to hire a tenth Vice President, or a have a Chief of Staff or a $50,000 discretionary spending account doesn’t lift one person in our county out of poverty. Providing a college President who already makes a quarter-million dollars in salary with an additional housing allowance does not improve one student’s chances of graduating or reduce their cost of attendance. In fact, it does the opposite.

Demanding that students pay higher tuition in years when WCC’s revenues (miraculously) exceeded its expenses by $8M is grotesque. Instead of figuring out ways to lower the cost of attendance, we have Trustees who are perfectly fine with imposing a fee that increases the cost of attendance by 10% in order to pay for a building the campus doesn’t need. And why are the Trustees ok with adding $10-per-credit-hour fees? Because it means that their own tax bills won’t go up.

The staff who work at WCC matter

In the past year, WCC has laid off dozens of employees. Not the executive-type employees – but the people who work with the students and staff to make WCC operate. WCC has also eliminated educational programs that students hoped would lead them out of poverty. The executive hiring has gone on unabated.

The WCC Trustees authorized the Administration to terminate WCC’s entire IT staff and issue a $26M no-bid contract for managed IT services. WCC now spends more than $1M more on IT services than it did a year ago. Five trustees walked $26M of your tax dollars right out of the county, no questions asked. One of those five Trustees is asking for another term on the Board in this election.

Earlier this year, the custodial staff was reduced to an hours-per-month schedule and told to collect unemployment to make up some of their lost wages. I’m pretty sure the Executive staff didn’t receive the same instructions.

We can have more of the same, or we can try something different.