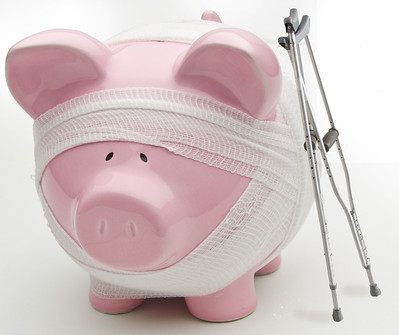 What is the real cost of outsourcing WCC’s IT Department?

In June, the Washtenaw Community College Board of Trustees voted to outsource the College’s in-house IT Department. The IT staff consisted of 31 full-time employees in addition to a number of part-time workers. The College administration selected Ellucian as the managed service provider on a no-bid basis. By itself, that’s a major problem, but it probably deserves a dedicated discussion. President Rose Bellanca cited Ellucian’s depth of experience in providing managed services as the primary reason for selecting the company.

The College administration publicly proclaimed that its IT staff could not keep up with the demands of WCC’s IT environment. In the press release announcing the outsourcing proposal, the administration also said that the cost of IT services at the College had increased by 25% over the previous four years. A deal with Ellucian would save the College $600,000 per year – although the Administration also said that it wasn’t giving Ellucian the managed service contract to save money. (That’s good, because it won’t save anything.)

The Board of Trustees approved the contract on a 5-2 vote. Trustees Davis, Fleming, Landau, McKnight-Morton and Milliken voted to approve the measure. Trustees Hatcher and DeVarti voted against it. More than 100 members of the public spoke out against the proposal. The College President received a remarkable letter from the area’s legislators – which she ignored.

The contract provides managed services from Ellucian at a cost of $5.2 million per year for five years. But the cost of outsourcing goes well beyond that. The Board of Trustees also approved a buyout for the outsourced IT employees.

The Chief Financial Officer publicly predicted that the cost of the buyout would be about $1.5M. In his estimation, two-thirds of the employees would stay with Ellucian. The Board of Trustees signed off on a blank check to pay for the buyout plan having absolutely no idea how much it would cost the taxpayers.

Ellucian assured the Board of Trustees that they would make market-rate job offers to the affected employees. Ellucian did, in fact, provide all WCC IT employees with job offers. The salaries were not market rate. In fact, many WCC employees received offers that were lower than their current salaries. Further, the employee-paid cost of Ellucian’s benefits package made it very difficult for some employees to even afford to work for Ellucian.

As it turns out, the “market” had very little to do with the compensation offers Ellucian made to WCC’s employees. WCC provided Ellucian with complete compensation data for every WCC IT employee months before the College administration even announced the IT outsourcing proposal.

When the employees received Ellucian’s job offers, it quickly became clear that most of the IT staff would reject the job offer and accept the buyout. That would leave the College with virtually no knowledgeable IT staff.

At that point, the “either-or” proposition that had been publicly announced in WCC’s press release became a straight “and” offer. Employees could accept the buyout AND take a job with Ellucian. In going this route, the employees would forfeit the guaranteed job offer, but they no longer had to choose.

WCC had to do this to entice at least some of the IT staff to stay. In doing so, the WCC administration vastly increased the price tag of the taxpayer-paid buyout.

The buyout: an offer they didn’t refuse

On decision day, 26 of the 31 employees turned down Ellucian’s job offer. They walked away from the College with $2.3M of the taxpayers’ dollars. In exchange, the taxpayers received a promise from the former employees not to sue the College for wrongful termination. It also left the College with an IT staff of 5 people. Ellucian was able to add another handful of former IT staff members who re-applied for jobs at the College, after accepting the buyout. It filled the rest of the open positions with temporary workers. So much for Ellucian’s depth of expertise.

The $2.3M buyout cost figure comes from a presentation to the Board of Trustees by the WCC CFO, Bill Johnson. I confirmed the amount by issuing a FOIA request to the College. The College’s exact wording on the cost of the buyout reads:

It’s not clear whether the figure above includes:

The vacation payout was technically not part of the IT outsourcing buyout, since the College would have to pay the employees’ accrued vacation time regardless of when, why or how they separated from the College. If the “official” buyout figure doesn’t include the vacation payout, the taxpayers’ cost to pay off the WCC IT employees is actually $2,635.660.00.

The money WCC saved by IT outsourcing

In the same request, I also sought WCC’s IT employee costs for the month of July 2019. That was the last full month of employment for the IT staff. This figure included the soon-to-be-terminated employees’ salaries and benefits, and their retirement costs. (The severance did not include any retirement payments.) It also reflects the pay raise the Trustees approved for the IT employees the same night they voted to terminate them. According to the College, the one-month payroll cost of the IT staff was $334,874.00.

I also submitted a FOIA request to the College seeking WCC’s contract with Ellucian for managed services. The monthly cost of the contract is $436,818.00.

Recall that the College administration said in the press release that the move to Ellucian’s managed service would save $600,000 per year. I’m not a math major, but it seems like WCC now pays $101,944 more per month for IT services than it did before it signed up with Ellucian.

Taxpayers should be deeply concerned by this. First, College administrators gave a $26M no-bid contract to an out-of-state firm. (That’s 40% of the proceeds from WCC’s 2016 millage.) That resulted in the loss of 31 jobs in Washtenaw County. Second, the plan doesn’t save any money at all. In fact, it appears to cost more to outsource than it did to keep the jobs in-house. Third, the Trustees signed a blank check for the buyout without having any idea of what it would cost.

Published in Board of Trustees, IT Outsourcing, Millage, News, WCC Budget and WCC Watch