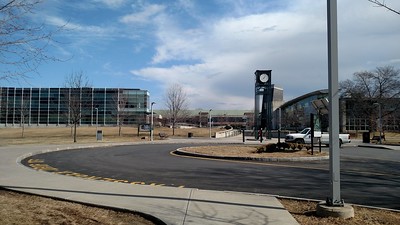 Last fall, there was a lot of unfortunate chatter about building a hotel and convention center. Or ridiculously, building a dorm that could double as a name-brand hotel. The spectacular flame-out of the hospitality industry in 2020 notwithstanding, I think the local real estate lobby still holds out hope for a convention center at WCC. (Complete with “retail outlots.”) Despite this, WCC recently pulled the plug on its own hospitality program.

The WCC Master Plan goes into significant detail about the hotel/dorm/student housing, which all seem interchangeable. But here’s an object lesson on why community colleges shouldn’t play the residential real estate game.

All they wanted was a dorm…

Hudson Valley Community College in Troy, NY wanted a dorm for its students. So in 2016, it went out looking for a developer who could design and build a student housing community on land that belonged to HVCC. Those were the humble beginnings of “College Suites at Hudson Valley.”

HVCC selected the United Group of Companies, a developer that had already built several student housing communities – including a very similar 264-bed property for Schenectady County Community College. That one is called College Suites at Washington Square.

The dark side of the real estate deal

Troy also happens to be home to Rensselaer Polytechnic Institute. Like many higher ed institutions, RPI is trying to cope with COVID-19. As a mostly residential campus, RPI can’t really pack students into its dorms like it has in the past. So, it is “de-densifying” its residence halls.

On July 23, HVCC students living in College Suites at Hudson Valley, awoke to find eviction notices tacked to their doors. The notices informed the residents – who all have signed leases – that they had exactly eight days to leave. Those who did not would be charged $50 per hour for every hour they overstayed, and their possessions would be removed and stored at their expense for another $50 per day.

Some of the residents had leasing contracts for the 20-21 school year. No matter. Those contracts – according to the United Group – were also cancelled.

HVCC officials were caught off-guard by the move, not realizing that their students had been displaced by RPI. RPI signed an exclusive one-year lease with the United Group to occupy the building originally built to serve HVCC students.

These community colleges just wanted student housing. Both contracted with a developer to build projects, only to find their “dorms” bundled for sale, and later rented out from under them. What if Washtenaw contracted a developer to build student housing adjacent to the campus, and that developer sold it? Or rented the facility out to Eastern Michigan University or the University of Michigan?

Another perfectly good reason for WCC Trustees to stay out of the real estate development game.