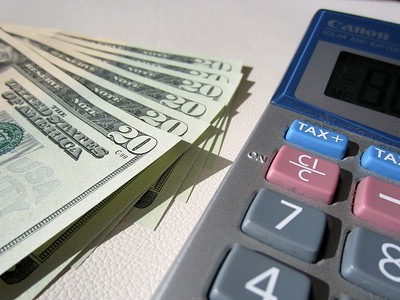 WCC students should not pay for facilities neglect

Washtenaw County voters authorized, built and paid for (in large part) Washtenaw Community College. For the past 25 years, however, the WCC Board of Trustees has been cutting the voters out (except for the bills) of decisions about WCC’s facilities. In 1992, WCC – which had never lost a millage or bond request – went to the voters with a bond request and got turned down.

That is not good for many reasons.

Trustees should prioritize the care of WCC facilities

Using millage money to pay for capital projects and facilities improvements is expensive. WCC pays higher interest rates on the bonds it issues because it chooses to divert operating funds to debt service. The lower cost alternative would be to seek tax-backed bonds for facilities projects.

Using operational dollars for debt service makes less money available for WCC’s actual purpose – which is to educate people. It is the equivalent of using the grocery money to pay a credit card bill.

It reduces the funds available for infrastructure maintenance. WCC’s maintenance budget is unacceptably small. WCC’s 1.2M square-foot campus has a replacement value of nearly $332M. To take care of the facilities that we have invested billions of dollars into in the last 50 years, the Administration has devoted $400,000 this year for its upkeep. This is less than 15% of what industry standards recommend for high-use educational buildings. Because the maintenance budget is so small, the Administration delays many necessary projects. Ultimately, this creates infrastructure emergencies, which cost much more to remediate.

It eliminates the taxpayers’ voices in the decision-making process. The taxpayers no longer weigh in on what gets built on campus. Instead, private funders decide which projects will produce the best return. Since the projects are not backed by a dedicated tax stream, they must generate money to get investors to buy in.

So, we get funding for ridiculous projects like the Health and Fitness Center. What was supposed to be a self-funding money fountain for the Administration lost nearly $1M in FY20 and is likely to post similar losses in FY 21.

Pay attention to this because the new Master Plan calls for the construction of a hotel and convention center on campus. This is so far removed from WCC’s voter-authorized purpose that it almost sounds like a joke. But it is not. If the voters do not demand far more accountability from the Board of Trustees, WCC will be saddled with another money-loser that is irrelevant to its mission.

In late 2019, the Board of Trustees approved the sale of revenue-backed bonds to pay for the “Advanced Transportation Center.” This is another can’t-lose rainmaker concocted by people who know nothing about operating a business but have a burning desire to build something. Fortunately, they have tens of millions of unrestricted taxpayer dollars at their disposal. What could possibly go wrong?

College mission should be the highest priority

The General Fund can only take so much of this kind of abuse.

Once the Administration borrows against the General Fund, debt service becomes the most important expense on the College books. WCC cannot default on its debts, so paying the bond holders takes precedence over literally every other bill. As of November 2019, WCC owed more than $8.3M in debt payments through 2027 from the General Fund. This debt is directly related to the construction of the Health and Fitness Center. They intend to borrow $8M to build the “Advanced Transportation Center” and $25M more to fix the WCC facilities that are in the process of falling.

The Board of Trustees is afraid to ask the taxpayers for more funding. They cannot bear to tell the Administration to control their spending. The only solution then is to shop the cost of this capital spend-a-thon off on the students. Students will pay new fees and higher tuition to bail the administration out of its inability to manage money properly.

This is not sustainable, either for the students or for the community. WCC needs trustees who will provide authentic oversight for our investment, and who will not settle for squeezing the students for the Administration’s disastrous spending decisions.