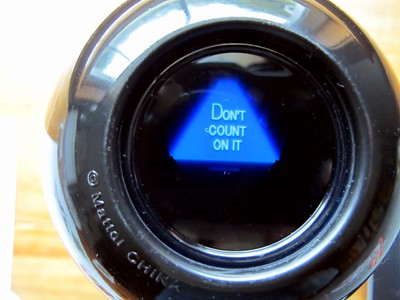 On March 10, 2020 WCC will ask voters to renew a 10-year, 1-mill appropriation to pay for operating expenses. For the most part, WCC enjoys success at the polls. Only twice in WCC’s history did the voters deny a funding request. Taking a look at WCC’s recent millage history may help show WCC’s 2020 millage request in a new light.

WCC’s first ballot box failure occurred in November 1992. The College wanted a bond and millage combination. The Administration wanted to build a library and business education building. They also wanted to upgrade other existing buildings on campus.

Washtenaw Community College Bonding Proposition
Shall Washtenaw Community College, State of Michigan, borrow the principal amount of not to exceed Twenty Three Million Three Hundred Thousand Dollars ($23,300,000) and issue its general obligation unlimited tax bonds therefor for the purpose of defraying part of the cost of erecting, furnishing and equipping a library and classroom building, and a business education building, adding to and improving, renovating and reequipping existing buildings and developing the sites thereof?

WCC asked for additional operating funds for 12 years. At this point, WCC already had two permanent millages and another 1.0 mill renewable appropriation. The 1992 request represented a fourth tax assessment for WCC.

Washtenaw Community College Tax Limitation Increase Proposition
Shall the tax limitation of the total amount of ad valorem taxes which may be assessed against all property in Washtenaw Community College District, Michigan, for the operation of the Washtenaw Community College be increased by one mill per dollar of State Equalized Valuation of all taxable property in the District for a period of twelve (12) years, the years 1993 to 2004 inclusive, to provide additional funds for general purposes, including funds for educational programming, student and other services, instructional and other equipment, staff development, and the repair and maintenance of facilities as designated by the Board of Trustees?

WCC needed both measures. The bond would pay for construction. The millage would pay to operate the new facilities. SafeHouse, the shelter for battered women and children, also put a funding measure on the ballot that year. The SafeHouse proposal passed. WCC’s proposals did not.

The Administration didn’t give up on the plan to build the business education building and the library. Instead, it tried to figure out why the voters turned down the ballot measure. Up to that point, voters had never turned down a WCC funding request.

The College knew that the public didn’t like and wouldn’t approve generic ballot language. So the administration spent nearly four years identifying the voters’ priorities. In surveys, they worried about job losses and remaining competitive. The Administration created a technology-oriented proposal in response.

The bond-and-millage pair returned to the ballot in August 1996. The College secured other funding for the Business Education Building, but still wanted cash for the library. At the time, the library occupied the entire third floor of the SC building. Clearly, the voters didn’t want a new WCC library. EMU also had a new library in progress, and WCC seemed vaguely like it might be keeping up with the Joneses.

So, on the ballot, the library became the “Technology Education Building.” WCC also increased the bond amount by 67%.

Washtenaw Community College Bonding Proposal
Shall Washtenaw Community College, State of Michigan, borrow the principal sum of not to exceed Thirty-Eight Million Nine Hundred Thousand Dollars ($38,900,000) and issue one or more series of its general obligation unlimited tax bonds therefor, for the purpose of defraying part of the cost of erecting, furnishing and equipping a technology education building; improving, enlarging and equipping existing buildings; and of making associated site improvements?

Here’s the August 1996 millage language, which reduced the appropriation nominally as well as the duration of the assessment.

Washtenaw Community College Millage Proposal
Shall the tax rate limit on the total amount of ad valorem taxes which may be assessed against taxable property within the Washtenaw Community College district, State of Michigan, be increased by 0.95 mills ($0.95 per $1000 of taxable Valuation) for a period of 10 years, the years 1996 through 2005 inclusive, to provide funds for operating purposes. It is estimated that the 0.95 mill would raise approximately $6,811,049 in the first year it is levied.

One out of two’s not good

As with the 1992 measures, the College needed to win both. WCC wasn’t making an either-or proposition but that escaped the voters. The bond issue contained the magic word –technology – but the millage just asked for money.

Not surprisingly, the voters dealt a split decision, agreeing to build the Technology Education Building (a/k/a the Gunder Myran Building) but offering nothing to run it. Following WCC’s second loss, the College arranged a hasty campaign to get the millage passed in November.

In November 1996, WCC came back to the voters for more operating dollars. The third attempt to pass this millage succeeded. Here’s the ballot language:

Proposal H Washtenaw Community College Millage Proposal
Shall the tax rate limit on the total amount of ad valorem taxes which may be assessed against taxable property within the Washtenaw Community College district, State of Michigan, be increased by 0.85 mill (85 cents per $1,000 of Taxable Valuation) for a period of ten years, the years 1997 through 2006, inclusive, to provide funds for community college purposes, including job training and technology education programs, computer and other technology improvements, and operation of College facilities? It is estimated that 0.85 mill would raise approximately $6,700,000 for the College in the first year it is levied.

The ballot language for Proposal H (which means that there were at least eight state and county proposals on that ballot) used the magic “T”-word, and charmed the voters. The number of proposals on the ballot is interesting because WCC blamed its 1992 loss (which also featured eight ballot measures) on “competition” from SafeHouse. It seems like competition –which was somehow deadly in 1992 – didn’t even register in 1996.

The College completely invalidated the long list of items the proposal would pay for with the last item:

…and operation of College facilities.

WCC never segregated these funds for any specific technology purchases or programs. The millage proceeds went into the general fund and the College used it all for general fund expenses.

2004: The Death of the Technology Millage

Proposal B Washtenaw Community College Millage Restoration
Shall the limitation on the total amount of taxes which may be imposed on taxable property within the Washtenaw Community College district, State of Michigan, be increased by 0.85 mill ($0.85 per $1 000 of Taxable Valuation) for a period of 10 years, the years 2007 through 2016 inclusive, which is a renewal of the portion of the 0.85 mill approved in 1996 as reduced by operation of the Headlee Amendment, plus new millage restoring the rolled-back portion of the 1996 millage authorization to the full 0.85 mill, to provide funds for operating purposes? It is estimated that the 0.85 mill would generate approximately $12.7 million for the College when first levied in 2007.

No fan dance – just money for operation. (That’s exactly what the College asked for and the voters turned down in 1992.) WCC proposed this measure again in August 2016 using similar language.

You can find the March 10, 2020 millage ballot proposal here. Regardless of the words it uses for the 2020 millage, WCC is asking to renew one of its four operating millages. Voters trusted the WCC administration and its Board of Trustees to spend our tax dollars on education. Instead, we’ve gotten questionable spending, a 50-person administrative hiring spree, a $26M no-bid IT contract, a $20M deferred maintenance bill, a poorly built executive health club that’s hemorrhaged money for a dozen years, and a master plan that features a hotel, conference center and “retail outlots” in the College parking lots. If this is how they’re spending our money now, how will they be spending the 2020 millage?