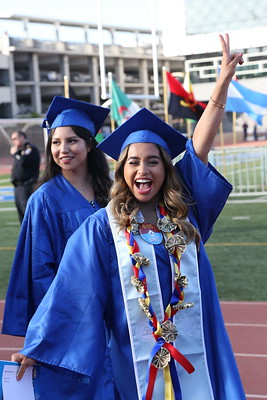 WCC hasn’t looked at budget cuts in a long time. This year’s budget – which exceeds $113M – is the highest in WCC’s history. But the experience of a California community college speaks to WCC’s use of revenue backed bonds. The financing technique may unintentionally put WCC in a tough economic spot.

In 2012, the State of California faced an enormous budget problem. To address this, the State Legislature enacted budget cuts to virtually all parts of the state government, including higher education. Santa Monica College is part of the state’s community college system – and at the time – the state (and the nation) were still being rocked by fallout from the Great Recession.

Student enrollment at Santa Monica College exceeded 30,000 – the student body consisted of (and still does) mostly minority and low-income students. Among the most popular courses were the usual suspects – English, Math, Political Science. (You know – the standard 100-level courses.)

Santa Monica College was in a tough spot. It needed to offer more sections of these entry-level courses, but vicious state budget cuts combined with recession-fueled hyper-enrollment were making things painful. The Trustees came up with what they thought was a good strategy. They would authorize the administration to open up more 100-level courses, but only to students who were willing to pay more than four times the published tuition rate.

Santa Monica College was already one of the least expensive community college options in the state. The plan would change the student’s cost-per-credit from $46 to $180.

The reception to the plan was both predictable and spectacular. The Santa Monica College student newspaper – The Corsair – reported on the student protests the next day, referring to the disturbance as “last night’s pepper spraying incident.”

Learn from someone else’s history

The circumstances at SMC and WCC are hardly parallel, but there’s something to be learned here. When you take away community resources, the community bites back, especially when the community doesn’t have much to begin with.

Relying on revenue backed bonds to fund construction is taking away community resources. And the people most impacted are those who have the least.

I’ve known a lot of community college students in my nearly 40 years of living in Washtenaw County. I can’t think of one that was wealthy. Or well off. Or even middle-income. A lot of them started out in the middle class, but somehow fell out along the way. Some had never been in the middle class, but were hoping to find the way up. Most of the students in my cohort were “non-traditional.” They were not fresh out of high school. They had spouses and families that they were trying to support. Some were working full time. Others were not working at all.

The SMC Trustees’ strategy tried to apply market-based supply-and-demand rules to their product. Instead, it took desperately needed resources away from desperate people. Using operational funds to pay for building loans amounts to taking a voluntary budget cut. Debt service is not optional at any point during the loan term. Revenue backed bonds will divert money from operations until the debt is gone.

When the economy turns sour – and it will – ill-advised debt will drain away money from students who have always had very little, along with a growing group of students whose economic status recently changed.

At that time, the community will rightly have a beef with the Trustees who voluntarily cut badly needed money from WCC’s budget for worthless construction.