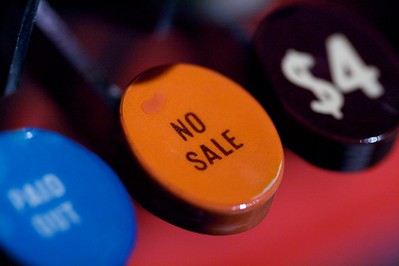 Revenue backed debt: Paying for what we don’t want

I wrote about the WCC Board’s “voter avoidance” strategy yesterday. I’m sorry to say that it’s still on my mind. WCC’s Board doesn’t want to talk to us, and they don’t want to listen to us, either. They just want us to pay the bills. No problem. I’ve parented teenagers, so this is familiar. And just as unacceptable. Well, it’s time to have a pointed conversation about the revenue backed debt the Board seems to favor.

WCC has a tax-supported funding mechanism that’s meant for capital projects. The administration can go to the voters and ask for bonds. If the voters approve, the capital project goes forward. If not, it’s back to the drawing board. At least, that’s how it’s supposed to work.

Revenue backed debt completely eliminates the possibility that voters will say “no” because it takes voters out of the equation. It also allows the College to build buildings that the voters don’t want, and the College doesn’t need.

Like the Health and Fitness Center, and the soon-to-be-built Advanced Transportation Center.

The HFC was never intended for student use. The ATC has minimal academic value. The proposed hotel and convention center –if built – would be the third and fourth consecutive projects on WCC’s campus with no academic purpose. (Fourth and fifth, if you count the parking structure – which I am not.)

Hypothetical questions – asking for a friend

If the College had gone to the voters and said, “Let us build an executive health club that the students won’t be allowed to use!” what would the voters have said?

If WCC had gone to the voters and said, “Let us build an event space. We’ll call it the Advanced Transportation Center. It won’t house any of the “advanced transportation” classrooms; those will still be crammed into OE. The new ATC will have exactly one space than can hold one electric car. (That’s necessary to get state funding.) But we can hold more events there!” What would the voters have said?

Revenue backed debt takes the community out of the College. It completely eliminates the possibility that the voters will say “no” to any given proposal, but it also does a massive disservice to the institution. It eliminates the distinction between operational dollars and capital expenses. Voters can no longer say no to a capital project, while continuing to support the College’s operational funding needs. When the Board of Trustees pays for construction debt from the general fund, the operating millage is the only thing the community can vote on. Refusing to fund College operations becomes the only way to stop unwanted building projects from moving forward.

The Trustees are playing a very dangerous game by repeatedly financing meritless construction projects at the College with revenue backed debt. When the College depends upon the voters for financial support, the Trustees have an obligation to listen carefully to what the voters have to say.

Even when they say exactly what the College administration doesn’t want to hear.

Published in Board of Trustees, Health and Fitness Center, Millage and WCC Conference Center and Hotel