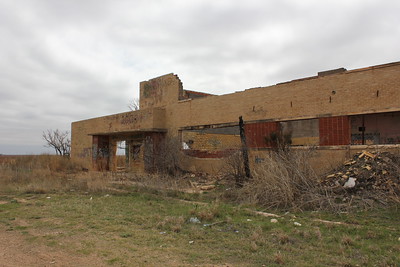 Yesterday, I wrote that the Washtenaw Community College Administration has effectively abandoned the campus buildings by allocating only $300,000 to the maintenance budget. Minimalism might work in architecture, but it does not work in building maintenance. The Board of Trustees allowed the Administration to cut an already abysmal maintenance budget by 60%, while leaving the Executive Management budget largely intact.

According to the latest Capital Outlay Plan, the replacement value of the campus buildings is $350M. In this year’s budget, WCC will attempt to maintain the 1.2M square feet of building space by spending exactly twenty-five cents per square foot. Meanwhile, WCC will spend more than $2.1M on Executive Management. These are the same executives who are sniffing around for money to build another building.

How much maintenance will a quarter buy these days?

In September, I wrote about this issue, based on figures from the preliminary budget. In the preliminary budget, the Chief Financial Officer – who, by the way, oversees the Facilities Department – proposed a maintenance budget of $400,000. I calculated how much money would be available to maintain the academic campus buildings, based on square footage, and a $400,000 maintenance budget.

Here are the corrected amounts, based on the actual maintenance budget of $300,000.

Campus buildings are a community investment

On June 23, 2020, every single Trustee voted to approve the FY2021 WCC Budget. The Maintenance line item was not an oversight.

The Washtenaw Community College Board of Trustees owes the taxpayers and WCC students both an explanation and an apology. Each of these buildings represents a substantial investment by the taxpayers of Washtenaw County. We voluntarily raised our property taxes time and time again to build many of these buildings. For those buildings we did not specifically authorize, the Trustees jacked up student tuition – sometimes significantly and in consecutive years – to pay for them.

Collectively, the students and the Washtenaw County taxpayers have invested hundreds of millions of our hard-earned dollars into the campus infrastructure at WCC over the last 55 years. Some students borrowed money to attend WCC, paying inflated tuition rates to pay for these damned buildings! None of us handed money to WCC believing that the Trustees would abandon the buildings to pay for the executives.

We need Trustees who will exercise authentic oversight, and who will serve as stewards of our investment in education. Too few of our elected Trustees even care enough about the campus to insist that the Administration budget appropriately for maintenance. They are content to allow our investment in WCC to rot.

The Trustees could have refused to authorize a budget this ridiculous. This maintenance budget is a liability, and the voters should hold the Trustees fully accountable for permitting this.