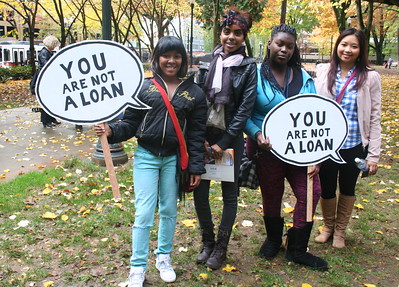 If We’re Running A Surplus …

Although the conversation about WCC’s student scholarships in the clip above is short (transcript), it’s enlightening. First, Trustee Ruth Hatcher starts by saying:

“I’ve expressed to you before my concern that we take at least some part of the surplus and add to our scholarship fund for students.”

At the time of this Board Meeting (March 12, 2019) WCC is running a budget surplus. This is not the first time WCC has run a surplus. Trustee Hatcher is also repeating a request to add more money to the scholarship fund.

After clarifying that the College does not have a scholarship fund, but it does have a line-item in the budget for scholarships, WCC CFO Bill Johnson says:

“- which – up until this – this year, we haven’t fully spent that budget amount, but I think that we’re on track this year to spend very close to the budgeted amount of scholarship support – “

By the end of the fiscal year, WCC had actually spent $1,612,505 on scholarships in addition to whatever the Foundation distributed. That equates to 16,973 credit hours – 1,131 full-time students – from WCC’s budget alone. (In FY20, the College has budgeted nearly $2M for scholarships.)

To sum up, in the past, WCC did not spend its full budgeted amount on scholarships. That changed in FY19, when WCC spent almost all the funds it budgeted for scholarship expenses. In FY20, the College set aside even more money for scholarships. The FY20 enrollment actually dropped a little bit from FY19– so the increase in scholarship expense can’t be attributed to an influx of students. But the students who remain at WCC are less able to manage the cost of attendance than students in the past. And – oh yeah – the College is running a budget surplus, as it routinely has in the past.

Immediately following this exchange, WCC CFO Bill Johnson introduces the proposal to add a $10-per-credit-hour fee in FY20. The fee would go to the same students who are getting poorer by the fiscal year, and who need 20% more financial aid this year from the College than they did last year.

Probably because the WCC Administration is asking them to finance the Advanced Transportation Center and the massive repairs to the Student Center Building.

Without doubt, the students use the Student Center Building, but the Advanced Transportation Center isn’t really an academic building. (Even the State of Michigan won’t pay for more than 25% of it.) It’s not an academic building and WCC knows that its students are struggling financially, so why is the College asking these students to buy it?