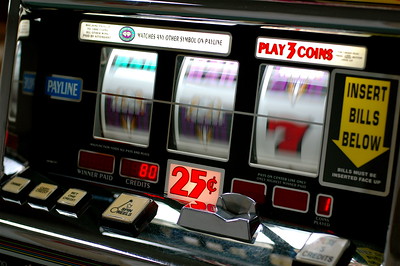 It is reasonable to expect our elected Trustees to…

If taxpayers spend just a few minutes looking at WCC, they’ll begin to see clearly what they’re getting for their money. WCC touches a lot of people in this community, and it has a special appeal for people who value education. But it’s important to separate the College from the people who run it, and who make decisions on the community’s behalf. Liking and supporting WCC should not have to mean accepting the lazy, self-serving oversight that goes along with it. But what exactly is it reasonable to expect from our Trustees?

It is reasonable to expect our elected Trustees to demand the maintenance and repair of our buildings.

The building on WCC’s campus belong to us. As taxpayers, we give the College a lot of money – much more than other communities give their community colleges. We provide enough money to take care of the campus facilities. So, it is reasonable to expect that our campus buildings are not falling apart. And the Trustees we elect to oversee our campus tolerate poor building maintenance. In fact, they have allowed the administration to borrow money to build a new building. Why are we building more buildings when the administration refuses to care for the ones we have? Neglect is extraordinarily expensive. Why aren’t the Trustees insisting upon prioritizing building maintenance?

It is reasonable to expect our elected Trustees to ask critical questions.

In April, the Executive Vice President of Finance announced that WCC is running out of money. It is reasonable to expect that the pandemic caused WCC’s money problems. It did not. WCC’s money problems are “structural.” Which means that even when WCC is maximizing its revenue, it spends more than gets. After a 40-minute discussion about the looming deficit, not one Trustee asked why this has happened. WCC is one of the wealthiest community colleges in the State. WCC is broke because the administration makes poor spending decisions and the Trustees approve them. It’s really just that simple.

It is reasonable to expect our elected Trustees to be responsible stewards of our resources.

It is reasonable to expect the Board to approve tax-backed bonds to pay for capital projects. The current Board uses revenue-backed bonds to build and repair buildings. Revenue-backed bonds use operational money to pay debts. That means the bonds have a higher interest rate. It also reduces the money we provided for operation of the College. (Debt is not an operational expense.) Chronic overuse of the General Fund to pay debts has destabilized WCC’s finances. It is one reason that the College has developed a structural deficit.

Making stupid building decisions also explains why the College now has a structural deficit. The Health and Fitness Center is a prime example. The Board approved the construction of the Health and Fitness Center – a building not originally intended for student use. The HFC has extraordinarily high maintenance costs, and an annual loan payment that’s approaching $1M. The building was supposed to pay for itself. Thanks to the pandemic, the HFC sits vacant right now – unable to operate. And the fitness industry looks bleak for the foreseeable future. Muskegon CC recently sold its Health and Fitness Center to stop the disastrous hole it created in MCC’s budget. At least the MCC Board asks hard questions and recognizes its mistakes.

The Board has also permitted the Administration to hire indiscriminately. WCC has had as many as 10 Vice Presidents at one time. The current president has increased the size of the College administration every year since she arrived on campus. Although the Board is supposed to approve all hires – again, they don’t ask questions. Questions like – “How much will this position cost the College over 10 years?” or “Why do we need this position?” or “Another Vice President? Really?”

Please. Choose responsible Trustees when you vote in November.