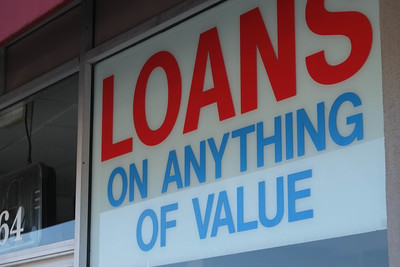 In the past few months, I’ve written extensively about revenue-backed loans that WCC has been using to finance buildings on campus. The Health and Fitness Center is one such building. There was no evidence to suggest that WCC (or the community for that matter) needed or wanted such a facility.

The Board of Trustees at the time authorized the College to borrow money from private lenders to finance the building. The entire loan package included the money to build the HFC, as well as additional funds to refinance some existing debt.

Community colleges have the option of going to the voters to ask for a special tax authorization to finance construction projects. Tax-backed bonds carry virtually no risk of default because the taxpayers have authorized specific funds to repay bond debt. Revenue-backed loans – on the other hand- rely on using the College’s tax appropriation to repay loan debts.

This approach is problematic for a few reasons. First, it diverts funds that voters authorized for operating expenses to debt repayment. This reduces the amount of money available for instruction, facilities maintenance and other necessary expenditures. In fact, WCC cannot borrow more against its tax appropriation and still safely operate the College. To pay for the new loans that will finance the ATC, the College intends to add a new $10-per-credit-hour fee on student accounts. The additional money is supposed to pay for the ATC loans. Unless WCC escrows the fees exclusively for debt service, the money will simply go to the General Fund. Once there, the College can spend it on anything. This is also how WCC manages the “technology fee” the students currently pay.

Second, borrowing against the College’s tax appropriation opens the taxpayers to risk if the College defaults on the loans. Currently, there is no reason to believe that the College would default on its loans. On the other hand, there was no reason to believe the City of Ypsilanti would default on the Water Street loan. Loan defaults by educational institutions are not unheard of. According to Moody’s Investor Service, between 1970 and 2015, five educational borrowers defaulted on their loans. Granted, five is an exceedingly small number, but it’s bigger than zero.

The most likely “unknown” that could contribute to a potential default scenario is pension payments. The reasons for the current state of Michigan’s public pensions are complex and long-standing. The actions and inactions of the Michigan State Legislature are mostly responsible for MPSERS’ current condition. Participating institutions are now required to make up the shortfall, with some marginal help from the State of Michigan. I’m not going to go down the public pension rat hole, except to say that WCC’s pension payments are a general fund liability.

This brings me to the third reason – and perhaps the most concerning – to avoid private equity. Private lenders make construction loan decisions based on the return potential for a project. A building that doesn’t generate revenue isn’t nearly as interesting as one that does. Turning to private equity for money may mean that investors will prefer buildings that generate revenue, which may not be the buildings the campus needs.

Borrowing for buildings that investors will finance instead of those the College needs is highly problematic. Every taxpayer in Washtenaw County should be deeply suspicious of any construction project that WCC seeks private equity to finance. It leaves the taxpayers (or the students) holding the bag on useless campus construction that generates a nice, stable return for investors but returns little actual value to the community.

To me, that sounds a lot like the Health and Fitness Center. And also the “Advanced Transportation Center.” And a hotel and convention center.
Photo Credit: Paul Sableman , via Flickr.com