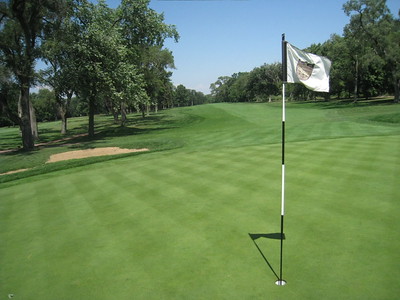 The analysis doesn’t just cover what students do or how they fare while they’re on campus. The Aspen Institute also looks at how well graduated students perform in the workforce. Are they employed? Do they work in their field of study? How much are they paid? The analysis includes things like matching students who collected state benefits like unemployment and Medicaid prior to enrolling, with their state aid status after graduation. In other words, they actually measure whether or not an institution’s degrees lift their students out of poverty.

When I look at WCC, I don’t see a relentless focus on students. Instead, I see a large and growing body of evidence that the WCC administration and the Board of Trustees have a vastly different set of priorities than the community does.

WCC’s strategic plan professes that the Administration’s number one priority is the health and well-being of the staff. Excuse me? The taxpayers of Washtenaw County did not fund, build and support WCC as a country club for executives. Yet somehow, this “country club” mentality is alive and well. The previous administration briefly considered buying an actual country club. Instead, it settled for building an executive health club paid for on the backs of students who were not initially allowed to use the building.

The Administration and the Board of Trustees will swear that the building pays for itself. It does not – even in a good year. 2020 was not a good year, and 2021 is shaping up to be more of the same. WCC does not expect to see any significant return on the Health and Fitness Center. Which is too bad, since the Administration has said that it needs to substantially oversubscribe the facility to make the debt and maintenance payments on the building.

This is the country club mentality hard at work. So far, it’s netted the community a building that can’t support itself and doesn’t support the academic needs of the students.

WCC’s Master Plan also presents a list of priorities, and the country club mentality strikes once again. The Number One priority of the new Master Plan is to complete a comprehensive rehab of the Administration Building.

This administration is not very good about taking care of WCC’s 1M+ sq ft. campus. In fact, this year’s budget sets aside just $300,000 for maintenance. Inaction transforms regular maintenance into neglect, which is much more expensive to remedy. The WCC Administration prefers to spend more money on reacting to emergencies and long-term neglect than it does on prevention.

Adding insult to injury, the Administration wants to scar the campus with a hideous new building when it refuses to take care of the existing facilities.

Who pays for all of this?

The Administration and the Board of Trustees intend to pay for all of this construction by issuing revenue-backed bonds. Revenue-backed bonds use property tax dollars intended for operation to pay bond debt instead. The plan is to raise funds through the institution of a $10-per-credit-hour fee and tuition increases. That amounts to a 10% increase in the cost of attendance. The Trustees are fine with this plan, since it means that their own property taxes will not go up. The Trustees are too busy looking out for their own interests to focus on students.

WCC issues a lot of certificates. In fact, WCC issues more certificates than any other community college in Michigan. Certificate programs could be very useful for students who already have a degree. WCC issues them in place of a degree. Certificates without degrees attached to them leave most people under-prepared for the workforce, which doesn’t do them or local employers any favors. Turning the College into a paper mill isn’t a viable long-term strategy for this area, especially at a time when the area needs a more educated workforce. A focus on students means focusing on their needs, and doing what it takes to ensure their success.

WCC’s strategy of borrowing against the General Fund causes the cost of attendance to rise. Many would-be students must decide whether a degree is worth the cost and effort. There’s no reason for a community college to borrow against the General Fund as a first-line strategy. It costs more and it destabilizes the community college’s operating budget. When the Board of Trustees uses revenue-backed bonds as its go-to funding strategy, the community had better start asking why.

Taken together, all of this screams that the WCC administration is more important than the students. That will not change until the Board changes. Until then, this philosophy will short-change all of us.