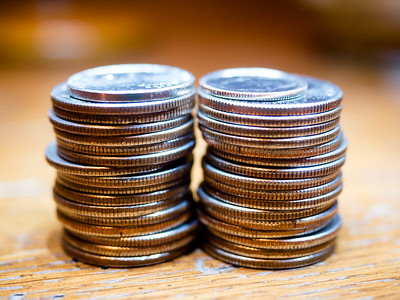 One of these things is not like the others

Washtenaw Community College issues more < 1-year certificates than any other community college in Michigan. And by a wide, wide margin. You might wonder where all of these certificates are coming from. The majority – about two-thirds – are issued in “Liberal Arts.” Health occupations represent the other major concentration of <1-year certificates.

The certificates may also represent students who intend to transfer to a four-year institution. About 80% of students who start post-secondary programs at community colleges plan to transfer to a four-year institution. Unfortunately, only about 30% actually do. Nearly 4 in 10 students who start a post-secondary program at a community college aren’t even enrolled (anywhere) one year later. These students may have earned college credits, but if they received student loans as part of a financial aid package, they may have little more than a certificate and inescapable debt to show for their efforts.

Finally, certificates that represent minimal competencies in health-related fields consign the holders to low-wage jobs. The rationale that “a job” is better than “no job” ignores the fact that a low-paying job often prevents a worker from advancing to more responsible, or higher-wage work. It also prevents a worker from entering the work force at a higher starting wage. Nearly half of all US workers currently occupy low-wage positions today . Does Washtenaw County really need WCC to churn out more low-wage workers?

Students who stop taking classes often disenroll to go to work. Unfortunately, employers don’t have the same appetite for certificate programs that WCC seems to. People who enter the workforce with a certificate in place of a degree don’t get paid as much as people with degrees. In fact, many of them (80% or so) don’t make enough money three years after earning one to make the payments on their student loans. Six years after the fact, certificate holders are making less, on average, than high school graduates who have no post-secondary education at all.

Last year, WCC cranked out almost five times as many certificates as the next largest issuer, Lansing Community College. Certificates do have some value to the student, but only in certain situations. A certificate can augment a student’s existing degree. For example, if a student already has an associate degree or a bachelor’s degree, a certificate program can enable a person to specialize in a particular discipline.

The real value of attending WCC is in earning a degree that can either put you in a job or enable you to complete your education elsewhere. A <1-year certificate does neither. When WCC needlessly inflates its annual number of awards by issuing certificates of little demonstrable value, it damages the worth of the degrees it also confers. WCC should not be encouraging its students to seek these certificates in place of an education that will allow them to get a living-wage job. Photo Credit: Alvin Trusty, via Flickr

Published in Board of Trustees, Community college affordability, News and Technical education