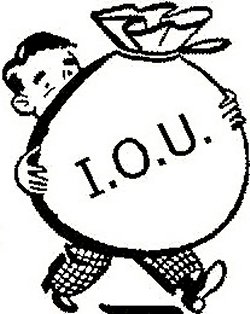 The real tragedy of institutional debt at the community college level is that it is virtually unnecessary. Unlike universities -which rely on state funding, student tuition, research grants, housing and other similar income streams – community colleges possess the power of taxation. Community colleges can seek a special tax assessment to build, renovate, expand and improve their campuses.

Tax-backed debt shields students from having to repay the institution’s debt through increased tuition and fees. Further, tax-backed debt has little to no negative impact on the institution’s credit rating. Local taxpayers agree to establish a separate tax stream to guarantee repayment of a debt issue, so there is virtually no risk of default. That lowered risk translates into a lower initial interest rate. And if interest rates fall during the issue, the community college can refinance the debt. Refinancing lowers the property tax rate needed to repay the bond. It’s a win all the way around.

Revenue-backed bonds – on the other hand – are a losing strategy all the way around. Community colleges repay revenue backed bond issues using money the taxpayers authorized for operations. Debt is not an operational expense, so this strategy amounts to a voluntary budget cut right out of the gate. It forces the institution to bet on rising property values to offset borrowing costs.

The unnecessary risk of institutional debt

There’s no guarantee that property values will rise. If they simply stagnate, inflation will exert growing pressure on the institution’s General Fund. Because the institution has committed its operational dollars to debt service, that leaves less money for operations. And unlike a conventional loan, bond rates can vary from year to year. Interest rates and repayment amounts on institutional bonds accelerate from year to year. In the late stages of a bond issue, the institution could be repaying larger bonds with higher interest rates. If the timing coincides with a recession, debt service could steal a lot of badly needed cash.

A community college risks exactly none of this when the Trustees behave in a fiscally responsible fashion. A community college bond issue can often have a repayment period of two decades or more. In a typical 20-year period, the economy can be expected to suffer -on average- about three recessions. Using 20-year revenue-backed bond issues to pay for construction amounts to gambling – which is the opposite of fiscal responsibility. It also commits present (and future) students to paying increased tuition and fees to cover the Trustees’ bets.

It isn’t right to lay the cost of poor decision-making at the highest levels on the backs of people who can least afford it. Especially when a ready-made alternative exists. And one that this community has – time and time again – supported.