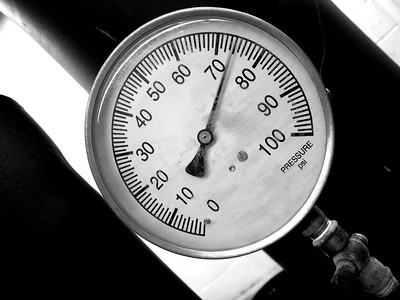 Pressure on operating revenues a reason to raise enrollment

In the last few weeks, I’ve written extensively about opportunities for raising enrollment at WCC. Although there are many places to look for new students, raising enrollment requires work. Hard work. It requires creative strategies to locate and reach out to prospective students, and it requires an understanding of why these students aren’t enrolling. But there is yet another incentive to raise enrollment: pressure on operating revenue.

More likely than not, you’ve never heard of North Country Community College. It is a small (1,800 students this fall) community college in Northern New York State. NCCC is part of the SUNY system, and is closer to Montreal than it is to Syracuse. Despite its small size, it operates three campuses – in Saranac Lake, Ticonderoga and Malone.

In 2017, NCCC refinanced some bonds that it used for earlier construction on campus. Its foundation also issued bonds to support the construction. The remaining bonds – due in years 2021-2025, aren’t large. They range in value from $235,000-$270,000. Yet Moody’s Investors’ Service downgraded NCCC’s bonds today. Basically, NCCC’s bonds went from bad to worse.

Moody’s rationale for downgrading the bonds went something like this: NCCC’s enrollment dropped by 9% this year. Prior to that, it had been stagnant. The State of New York has withheld $800,000 of NCCC’s state appropriation. Fewer students have signed housing contracts for the year, and NCCC doesn’t have a lot of cash on hand.

To be fair, NCCC has paid off the preceding bonds in this series as scheduled. But Moody’s believes that the drop in NCCC’s enrollment will put “pressure on operating revenues.” And Moody’s is not persuaded by the College Administration’s affirmation that it has identified cost-cutting measures to take if the State of New York doesn’t release the $800,000 appropriation.

How much do ratings actually matter?

At the end of the day, the downgrade from Moody’s isn’t going to affect the day-to-day operation of NCCC. Its greatest impact would occur if NCCC wanted to issue more bonds or acquire a line-of-credit. And Moody’s did indicate that it would raise NCCC’s rating if they were successful at raising enrollment or cash, or both.

NCCC is not comparable to WCC in many ways. But it is important to keep in mind that Moody’s is looking at enrollment and other factors that put pressure on a community college’s operating revenues. WCC has millions of dollars in outstanding bonds right now for the Health and Fitness Center. Part of the bond rating relies on the fact that the HFC could generate income to offset the bond costs.

Except that it’s not generating revenue right now. At least not enough revenue to pay the nearly $1M bond that’s due next spring. Instead, it is doing the opposite: it is putting pressure on operating revenues. And it is now pressuring WCC’s operating revenues because the Board chose to divert operating funds to pay millions in loans on the building.

Worse, it’s not clear when or if the building can return to positive revenue generation anytime soon. While the pandemic will certainly end – and the sooner the better – mass vaccination is not a done deal. 42% of Americans have no plan to get a COVID-19 vaccine when one becomes available to them. And 58% immunity is less than what’s needed to achieve “herd immunity.”

Enrollment is down at WCC by 4%-7% depending upon how you look at things. Typically, winter enrollment is usually smaller than Fall enrollment. If that holds true in this highly atypical year, WCC’s enrollment will decline again next semester. That will put pressure on operating revenues.

The accumulated facilities neglect is also putting pressure on WCC’s operating revenues. College buildings require a lot of maintenance. Maintaining public infrastructure is part of the deal you make when the public pays for your lunch. If WCC can find a way to cut the maintenance budget by 60%, it should also be able to find a way to cut the Executive Management budget by more than 5%. Apparently, it’s ok to let the buildings fall down, but God help us all if WCC loses an executive.

I wonder how Moody’s would interpret that? Industry-wide, Moody’s has taken a negative outlook on the higher education sector. Declining enrollment, rising costs, falling state funds, and increased institutional debt loads have all combined to make Moody’s think twice about handing out A’s on higher education bond issues.

Like I said, putting pressure on your operating revenues doesn’t matter much, unless you’re trying to borrow money. (Which is how WCC plans to pay for the “Advanced Transportation Center.”) If the ATC is that important, perhaps WCC should take the cash it has been skimming from the General Fund for the last several years and pay cash for it instead. Now doesn’t seem like a good time to borrow, especially for a building with such little academic utility.