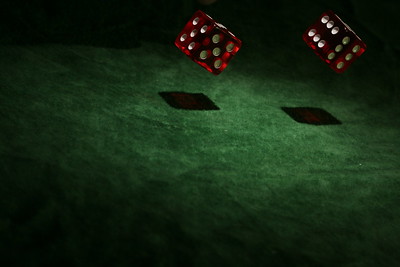 A new survey released by Harrison Co., indicates that the average fitness center will suffer long after COVID-19 is gone. When states ordered gyms to close in mid-March, consumers responded by shifting to home-based workouts. Even as states re-open, the Harrison survey shows that consumers are less enthusiastic about hitting the gym.

Among the survey results:

So, people are more motivated to work out. They’re just not motivated to work out at gyms and fitness centers. If anything, the shutdown has shown people that they can successfully work out at home, and they don’t need a fitness center membership to accomplish their health goals. Sales of home exercise equipment rose 175% during the lockdown. This isn’t a temporary fix until subscribers can get back to the gyms. When the gyms open again, many members won’t be back.

If the 34% attrition rate holds true, and WCC’s Health and Fitness Center had a subscriber base of 7,000 – as reported in the September 2019 Board Meeting – the newly adjusted membership will be somewhere in the neighborhood of 4,600.

Which is too bad, because according to WCC’s CFO Bill Johnson, WCC needs all 7,000 subscribers to stay ahead of the building’s debt payment and deadly maintenance costs. As I’ve written in the past, the debt payment will exceed $1M beginning in 2023 and continuing through 2027. For 2021 and 2022, the annual bond payments each exceed $900,000 per year. What happens when the bond payments crest $1M just when the bottom falls out of the subscriber base?

The WCC administration and the Board of Trustees have never acknowledged the risk the HFC poses to the College. Without a taxpayer-authorized funding stream to pay for the bonds, the College must take bond payments out of HFC operations. When operational revenues don’t cover the bills, the College has no choice but to pay the bills from the General Fund.

Fitness Center operations will take away from General Fund

In a recession, all General Fund expenditures compete with each other for cash. As a response to the projected revenue losses, WCC has begun making both personnel- and non-personnel cuts. I have heard that WCC will institute across-the-board cuts to balance the FY21 budget. If so, that’s a losing strategy – and here’s why.

If the current recession behaves similarly to past recessions, WCC’s enrollment will rise. That will require the College to increase (not decrease) spending on instruction. If the enrollment rise tracks the last recession, a commensurate rise in instructional costs would be about $10M in today’s dollars. For that reason alone, budget cuts would have to exclude instruction.

When push comes to shove, WCC’s primary function is education – not running side businesses. The HFC represented an unacceptable risk to the General Fund – which is now being played out. The Trustees erroneously see the HFC as an “investment.” It was not an investment; it was a gamble. And right now, it sure looks like a losing one.

Either the Trustees failed to recognize the HFC’s downside risk or they ignored it. They did nothing to mitigate that risk, other than extract a worthless assurance from the Administration that the HFC’s operations would cover its debts.

Regardless, WCC is now stuck with a building whose operational revenues cannot fully fund its debts and operational expenses. And that difference – which raising subscriber costs will not make up – will siphon endlessly from the General Fund at a time when WCC should be investing every available penny into instruction.

This is the danger of relying on Trustees who recklessly prefer to style themselves as advisors to the administration instead of representing and protecting the financial interests of the taxpayers who elect them.

Published in Board of Trustees, COVID-19, Health and Fitness Center, News and WCC Budget