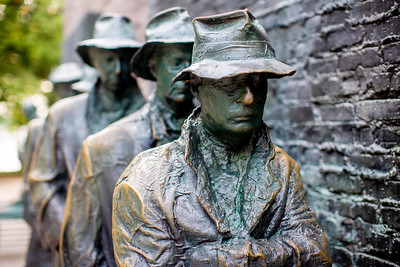 Functional unemployment is a real concern

Every month, the Bureau of Labor Statistics releases unemployment statistics. The media widely reports them and people view these statistics as a measure of the health of the US economy. According to the October jobs report, issued just last Friday, the national unemployment rate declined to 4.6%. Further, the economy added 531,000 new jobs. That sounds great! It sounds like 4.6% of people in the US who want jobs didn’t have one at the time the BLS collected the data. And adding a half-million jobs sounds like just what the doctor ordered, doesn’t it? Until you take into account something called functional unemployment.

Few people understand how the BLS defines unemployment and its opposite, employment. So, it’s no surprise that people don’t understand or even recognize functional unemployment, a term the Ludwig Institute for Shared Economic Prosperity (LISEP) coined. According to its website, “The LISEP program focuses on better understanding and disseminating relevant data and policy recommendations to expand meaningful, high-wage opportunities for such individuals.”

LISEP defines functional unemployment as employment that does not generate “a living wage, set conservatively at $20,000 annually before taxes.” According to LISEP, the true rate of unemployment (TRU) must consider the percentage of the U.S. labor force that does not have a full-time job (35+ hours a week) but wants one, has no job, or is functionally unemployed.

So, how does the BLS determine the unemployment rate? It collects (un)employment data using a monthly telephone survey of US households. Since the pandemic, the BLS has resorted to accepting more data via Web collection when it cannot conduct telephone surveying. According to the BLS, employment is a binary condition; either you work or you do not work. You qualify as “employed” if you worked at least one hour during the 7-day period in which the BLS collects unemployment data. Even if that hour was the only hour you worked during that time, you are, by definition, employed.

And a job is also pretty much binary, too. It either exists or it doesn’t exist. The economy “adds jobs” when more jobs exist during the current statistical collection period than the previous one. The BLS does not fully distinguish between full-time or part-time; contract, temporary, or permanent; salaried or hourly; above- or below-poverty wages jobs. For the most part, a job is either there or not there.

The BLS survey tends to produce the most optimistic picture of employment possible each month. It does not measure employed people who cannot make ends meet. The Ludwig Institute’s TRU attempts to characterize the dysfunction in the economy for middle- and low-income earners.

The comparison is stark. According to the BLS the September unemployment rate was 4.6%. The September TRU was 23.9%. The difference between the two rates highlights the portion of the economy the so-called “working poor” occupies. Between 1995 and present, the TRU has varied from a high of 33.5% in July 2009 to 22% in September 2019. Put another way, throughout the longest sustained period of economic growth in US history, between one-third and one-quarter of US workers were functionally unemployed.

The Ludwig Institute sets its definition of functional unemployment at $20,000 per year, which it admits is conservative. In Washtenaw County, according to the MIT Living Wage Calculator, a living wage for a household with one adult and no children is $15.62 per hour, or $32,490 annually. By the Ludwig Institute’s definition of functional unemployment, every person working full-time at Michigan’s minimum wage is functionally unemployed.

When you use MIT’s living wage data (2019) for Washtenaw County and adjust that for current inflation, a single person making less than $17/hour ($35,360/annual) in Washtenaw County is functionally unemployed. A single adult with one dependent child must clear $39/hour ($81,120/annual) to make ends meet.

Now, when you look at income projections WCC reported to the Department of Education, you will notice two things. First, you will notice the paucity of wage data on graduates. Second, you will notice a problem with the reported annual salaries. Of the 11 Associate Degree programs WCC provided post-graduation salary data for, only 6 could generate a living wage for a single person with no dependents. The remaining 5 did not generate enough annual salary to meet MIT’s living wage guidelines for a single person with no dependents in Washtenaw County. And none of WCC’s degree program generated enough income to support a single parent with one child.

This is outrageous. Washtenaw County taxpayers pour tens of millions of dollars per year into WCC. We deserve better than a grossly bloated executive administration operating academic programs that produce functionally unemployed graduates.