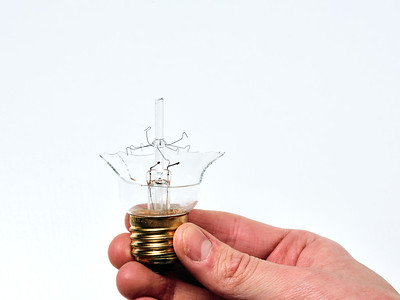 The current WCC Administration believes that “mixed use development” will be a key revenue stream in future years. To show how serious they are about this revenue generation strategy, they’ve embedded it in WCC’s Master Plan. What they haven’t embedded in the Master Plan (or anywhere else for that matter) is the details of their risk mitigation strategy.

The Master Plan calls for the construction of a hotel and convention center on WCC’s campus. No one in Washtenaw County is clamoring for a convention center, and we already have about 5,000 hotel rooms. The travel industry has been hard-hit by COVID-19, and there isn’t enough demand for convention space in Ann Arbor to warrant an actual convention center.

And demand is the operative word. Everyone who has studied economics knows that a very basic relationship exists between supply and demand. But they’re not always equal partners. For example, supply never drives demand.

And then there’s the issue of risk. Businesses don’t succeed accidentally, although they sometimes fail spectacularly. Eliminating risk is a top concern of business owners, because overlooking (or ignoring) risk is the biggest reason businesses fail. According to the Small Business Administration, about 630,000 businesses start each year. 126,000 of them will cease operations in the first year. Only a third of them will survive to the 10-year mark.

In the private sector, capital comes from a shallow pool. In other words, it’s either borrowed from a commercial or private lender; collected from “angel” investors; or from financial resources of the owner. The business has certain financial obligations to its owners and/or investors.

In the public sector, money comes from the public. And therein lies the problem. Collectively, the public has a lot of money. Enough money to blunt the impact of risk. In the private sector, when a business does not generate enough funds to survive, it doesn’t survive. Correctly assessing and mitigating risk is essential to keeping the doors open.

There is no consequence for failing in the public sector

So, when the WCC administration talks about funding hotels and convention centers, or mixed use development as a revenue generation strategy, red flags should go up all over the place. Public sector entities are uniquely unqualified to operate revenue generation ventures precisely because they do not understand risk. They cannot recognize it, assess it, or mitigate it. And there are no consequences for being really bad at revenue generation.

In the same way that you do not want to run public sector entities like businesses, you also don’t want to run businesses like public sector entities. This administration has generated multiple prime examples of what happens when it fails to correctly identify and assess risk.
The real cost of outsourcing the IT Department
How not to redesign a website
The Health and Fitness Center
The condition of the campus facilities

They all amount to millions of dollars lost or wasted, with virtually no consequences to the decision-makers. As a community, we cannot afford to look the other way on WCC’s revenue generation ambitions.