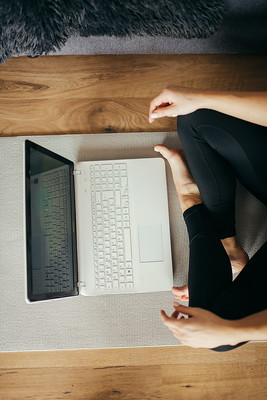 Yesterday, I wrote about Eastern Gateway Community College in Steubenville, OH. The Higher Learning Commission dented EGCC’s accreditation because it didn’t maintain academic quality as its online enrollment has swelled.

EGCC’s current enrollment exceeds 46,600, but almost 44,000 are not from Jefferson County, OH. In fact, most are not even from Ohio. In 2017, EGCC partnered with a for-profit online program management (OPM) company with ties to the AFSCME-AFL/CIO union. The unions have effectively privatized a publicly funded community college to deliver educational benefits to their members. Unfortunately, it appears as though no one at EGCC has been minding the store.

The HLC’s actions have potential ramifications for Washtenaw Community College, which has deliberately attempted to increase its online enrollment. Currently about half of WCC’s students are not in-district. By itself, that should open up questions about exactly what the plan is for Washtenaw Community College. Currently, the US Department of Education classifies WCC as a “Certificate School.” That’s because WCC no longer issues enough associate degrees to meet the classification of a two-year school.

But why are we encouraging students who will likely never set foot in Washtenaw County to enroll in our community college? There are literally tens of thousands of residents who could and would benefit from WCC. Why are we not recruiting those students? More to the point, why are we spending enormous sums of money to educate people from elsewhere? Those students will never come here, so they will never return the economic benefit of an educated populace.
,

And WHY are we doing this at a discount? If anyone among WCC’s students should pay the rack rate, it is WCC’s online students. They will never see WCC’s campus in person. What benefit do the taxpayers of Washtenaw County derive from this online enrollment scheme?

Further, why are the Trustees we elected entertaining the construction of a new “academic” building when a large portion of WCC’s enrollment will never see it? Or use it? And why are they allowing the expansion of the executive administration of the college? Why do we need all these administrators?

This is the product of a non-resident administration. The Trustees sought out non-resident executives to come to Washtenaw Community College and be “change agents.” WCC is literally sandwiched between two state universities, which churn out literally dozens of educational executives annually. I find it hard to believe that the Trustees could not find one local administrator to run WCC.

Instead, they’ve distributed our investment and our resources to people who don’t live here and didn’t pay for what we’ve built. They have diminished our investment in our community college, while siphoning off operational dollars to pay for a quasi-private health club. They also plan more of the same to pay for a hotel and conference center that we – the taxpayers – did not agree to fund and do not need.

WCC is at a tipping point, and is in danger of becoming the next Eastern Gateway Community College. So, it is time for Washtenaw County voters to become “change agents.” We need to start by changing the Trustees who did this to WCC.