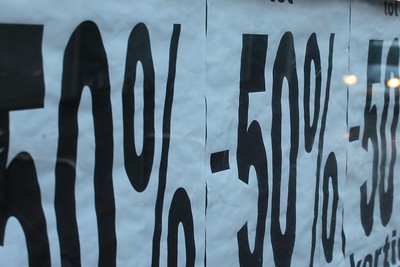 Eastern Gateway Community College in Steubenville, OH has gained attention for its enrollment growth at a time when community college enrollment is sinking. Online, out-of-district students account for the majority of EGCC’s student population. EGCC’s enrollment, which currently exceeds 46,600, seems like a positive. But has also brought negative attention from both the Ohio State Legislature (funding) and the Higher Learning Commission (accreditation).

Following the Great Recession, EGCC contracted with an online program management (OPM) company called the Student Resources Center (SRC). Under the deal, SRC would operate an online “free college” program aimed at AFSCME members. (AFSCME funds educational benefits for its members, provided that they also apply for federal financial aid.) In exchange for operating the program, SRC receives 50% of the proceeds the program generates for EGCC.

Ohio participates in a nationwide academic reciprocity agreement, known as the State Authorization Reciprocity Agreement (SARA). As a SARA member, EGCC can offer online programs in any state. Washtenaw Community College is also a SARA member.

The vast increase in the number of online students caught the attention of the Ohio State Legislature, which noted the impact of the program’s growth on the state’s community college funding formula. As it turns out, the Legislature did not want to subsidize enrollment by out-of-state students. The state’s limited higher education funding formula would shift dollars away from Ohio’s other community colleges to increase funds for EGCC’s out-of-state enrollees. In 2018, EGCC enrolled three times more out-of-state students than local ones.

EGCC argued that the state’s subsidy stayed with EGCC and benefited locally enrolled students. As an example, EGCC argued that its online enrollment growth had created 1,000 adjunct teaching and student support positions. The arguments did not move the Ohio State Legislature, which changed the funding formula to exclude subsidies for out-of-state, online students.

While that move has ensured that EGCC’s out-of-state enrollment does not unfairly disadvantage the state’s twenty-four other community colleges, the AFSCME program continues to attract students from all over the United States. Out-of-state AFSCME employees comprise more than 94% of the college’s current enrollment.

That all sounds good, except that the Higher Learning Commission (the accrediting body for Midwestern higher education institutions) placed a hold on EGCC’s accreditation last week. The problem is EGCC’s inattention to academic standards in favor of enrollment growth. HLC saw no evidence that EGCC’s embracement of online education translated into a “high-quality educational experience” for the mostly nameless, faceless, non-residents who now fill EGCC’s virtual halls. It seems that the Higher Learning Commission suspects that EGCC has merely rented its accreditation to a for-profit OPM from Rhode Island.

I mention this because the WCC administration has gone out of its way to promote online enrollment. This includes reducing the cost of tuition for online students to nearly equal in-district tuition. Currently, an in-district student pays $105 per credit hour in tuition and fees. An online student from wherever pays $118. However, an out-of-district student who attends classes in-person will pay $177 per credit hour.

There is no real reason to give “distance learning” students a 33% discount over out-of-district ones. Regardless of how they attend classes, they’re virtually all out-of-district. (No pun intended.) Except to promote enrollment in online classes by non-residents, and at the same time, discourage out-of-district enrollment. If you think that this is not a potential problem, you should know that 50% of WCC’s enrollment right now consists of non-residents. Half. Every other student enrolled at WCC does not live in Washtenaw County.

The heavily discounted distance learning tuition rate means that the taxpayers of Washtenaw County are subsidizing the education of thousands of non-residents. And for what? What does Washtenaw County get out of this approach?

Placing EGCC on probation should function as a clear warning to WCC, and any other community college that wants to go this route to fluff up its enrollment. It should also function as a warning to online students. The quality of an educational program matters. If your school does not care about academic quality, you are not getting a quality education.

It should also serve as a wake-up call to Washtenaw County taxpayers that WCC’s non-resident administration is giving away the resources that we have invested billions in over the last 55 years.

Is that why we fund WCC? To educate out-of-district students?