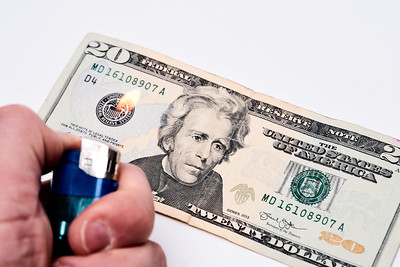 Rising inflation is on everyone’s minds lately. Monthly inflation in March was 8.5%. That’s the highest recorded rise in consumer costs since January 1982. No one who participates in the economy is immune to inflation, but inflation has a particular effect on higher education institutions.

The most obvious impacts are rising wage and benefits costs, but there are other expenses, like rising costs for borrowing (if the institution has debt) and energy. Additionally, investment income may decline or even go negative.

Holding the line on personnel costs is tricky. While it’s easy to institute wage and hiring freezes, those tactics come with their own complications. First, certain positions in the organization cannot be vacant; that’s just reality. Second, holding employee wages constant in a period of rising inflation transfers the impact of inflation from the institution to its employees. The institution essentially asks its workers to take a “hometown discount.”

If inflation rises too high and wages stagnate long enough, the institution will lose its staff. And its self-imposed hiring freeze means that most of those newly vacant positions cannot readily be filled. That compromises service delivery in an environment where the “customers” (students/parents) already view themselves as paying a premium to be there.

The other options for reducing personnel costs include eliminating jobs and cutting wages. Did anybody notice that the custodians’ contract was extended through April 2023? In the past, WCC negotiated multi-year contracts with its unions. Last year, WCC negotiated a one-year contract with AFSCME 1921. This year, the Administration sought (and got) a ten-month extension of that one-year contract. Anyone care to guess what happens to the WCC custodians on May 1, 2023?

Institutions typically raise tuition once per year, although they could do it more frequently. If increases do not fully offset inflation, or they don’t get additional revenues, they’ll need to budget and spend carefully. (Remember that.)
WCC just announced that it would not raise tuition rates this year, although it increased its technology/enrollment/infrastructure fee by $5. That might seem magnanimous; it’s not.

Anything greater than a $5 increase would have rendered WCC ineligible to receive state building funds for both this year and next. WCC jacked its fees as high as it possibly could without triggering the State’s cost-containment penalty. (Look for WCC to raise its tuition and/or fees by another $5.00-$5.50 next year.)

This fee increase goes back to the Master Plan and the on-campus hotel. The hotel may or may not ever happen. But this period of high inflation illustrates exactly why the hotel should never happen.

Hotels themselves are, for the most part, neutral on inflation. When the hotel’s costs rise, it can raise room rates, right? Cool, but also during periods of high inflation, travel costs rise, so travel decreases significantly. Which means that fewer people stay in hotels. During rising inflation, hotel operations will not cover its rising operating costs. A hotel will do the same thing to WCC’s General Fund that the Health and Fitness Center does: drain money at a time when the institution needs to budget and spend carefully. At exactly the moment WCC needs to be most careful with its money, it will need to support not one but two money-losers.

As taxpayers, we need people both in the WCC administration and on the Board of Trustees who can make responsible financial decisions. Right now, we have neither.