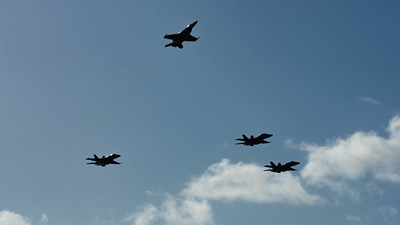 Community colleges around the nation are beginning to report their fall enrollment figures. On the whole, things don’t look so good. As students return to campus, it’s becoming clear that certain students are missing. As it turns out, a lot of those missing college students are men.

Female enrollment in post-secondary classes long ago eclipsed male enrollment. This is true at both two-year and four-year institutions, but it’s particularly pronounced at community colleges. Male students simply aren’t enrolling in the same numbers as they may have in the past. Very soon, two out of every three college graduates will be female.

Over the past five years, college enrollment in the US has dropped by 1.5 million students. Nearly 1.1M of them were male. It’s not as though the gender balance among the US population has changed. In 2018, Michigan had a male-to-female ratio of 97.2:100, which was slightly above the national ratio of 97:100.

So, why are men bypassing college in large numbers?

In one word: money.

For community colleges, this is a direct result of focusing on the needs of employers instead of the needs of students. By “streamlining” curriculum, substituting certificates in place of degrees, and partnering with employers to offer $12/hour jobs, community colleges have made themselves expendable. Workers can get jobs that pay more or offer on-the-job training without the expense of attending school.

In Michigan, statistically speaking, community college graduates earn a mere $2.67 more per hour than high school graduates do. The monetary benefit of sitting in a community college classroom for two, four or even six years to earn a credential is about $100 per week (gross). Community college administrators have focused so heavily on the needs of employers (nominally “trained” workers who don’t dent the payroll) that they’ve rendered a community college degree nearly worthless.

Would-be and won’t-be students have noticed. Those missing college students can make just as much (and sometimes more) by simply entering the workforce. No college necessary.

The calculus here is very simple. And it won’t change until community colleges produce degree programs that generate more value for the student.

Community colleges have always been attractive to low-income learners. At one time, a two-year degree was a pathway out of poverty. Today, a community college degree is little more than a commitment to poverty. Until that changes, two-year schools can find their missing college students in the workforce.