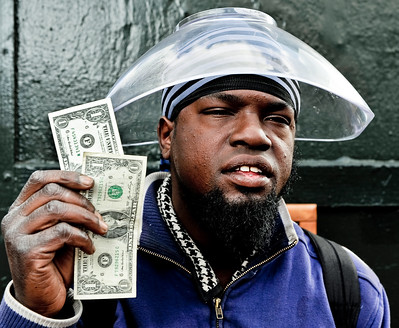 Why community college enrollment may be dropping

Although many states – Michigan included – have taken drastic steps to increase community college enrollments, whether those measures succeed remains to be seen.

So, when enrollment at a community college drops significantly – as it did in 2020 – one must assume that the state of the economy is not the only factor in play. Right now, prospective students are calculating the value proposition of a community college degree. A study of Massachusetts community colleges recently revealed that two-year graduates in the Bay State made $14,000 more on average per year than high school graduates did. If you’re paying attention, that’s less than $6.75 per hour more, assuming a full-time job.

For students, community college enrollment is an investment

$2.67 per hour isn’t exactly a stellar value proposition. Is $2.67 per hour a sufficient reward for the hundreds of hours a student must spend in and out of the classroom to earn a two-year degree? At WCC’s current tuition rate, a two-year (60-credit) degree will cost $6,300. Add in $800-$1,000 over the course of the degree for books and supplies; additional costs for transportation, computer equipment and Internet service (in the case of online classes); and any special tools or software a class or program may require. Say that the “extras” double the cost of the degree – to $12,600.

At a graduate’s new average salary increase of $5,554 per year, s/he will pay $666 more in federal taxes and $236 more in state income taxes. That leaves our graduate with an additional $4,562 per year in net income. Recovering the investment of $12,600 to get the degree will take 2 years and 9 months, assuming no inflation and no change in salary. It also assumes that the student did not finance his or her education with student loans. (Student loans would substantially change the ROI calculations.)

That $560,000 in gross income in Massachusetts becomes $222,160 in Michigan over 40 years. If a graduate comes to school later in life – say, as a 40-year-old – the gross return might be half of that. And the question becomes more critical: is it worth the time and effort to get a community college degree if you do not have 40 years in which to maximize the benefits of a marginal salary increase?

For women and minorities – who command lower salaries in the first place – there may be no substantial income difference between a high school diploma and a community college degree.

That has to change.

Enrollment tracks the value of a two-year degree

WCC has a lot of well-paid administrators who should be asking themselves what a WCC degree is worth. They should be asking themselves how they can increase the “net present value” of every single degree that WCC offers. If WCC cannot increase the lifetime value of a degree, there should be serious consideration given to whether a degree program stays or goes. To be clear, lifetime value shouldn’t be the only deciding factor, but WCC should weigh it carefully.

And the lifetime value of a degree isn’t a single number, either. The same degree may have different values based on the race and gender of a graduate.

From this perspective, the $12-per-hour “boot camp” that WCC blasted out last week, doesn’t even come close to the average annual wage of a community college graduate. Granted, the program is a four-week, non-credit training program. But why connect WCC’s name and brand with near-poverty wage jobs when community college enrollment for degree programs is already sagging? Probably because annual compensation for a graduate is too low as it is.

Everything the Administration does should be about increasing the value of a WCC degree. And if Washtenaw County employers must pay more for a WCC graduate, it should be because they’re getting more.