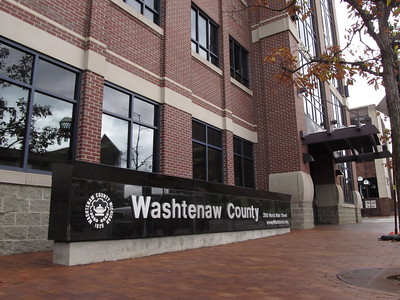 Living in poverty, making it big

Jeremy Renner is well known for his acting. You might know him as Hawkeye in the Marvel Avenger’s series, or William Brandt in Mission Impossible. He was also nominated for Best Actor for his work in the 2008 Academy Award winner for Best Picture, the Hurt Locker. But before he was an actor, he was a student at Modesto Junior College, living in poverty. He had applied and was accepted to UC Berkeley but couldn’t afford to go there.

At MJC, Renner decided he preferred acting over the other career choices he’d been mulling over. Flash forward to 2019, Renner made $15M for his work in Avengers: Endgame. But before he landed his first big break, he wasn’t making nearly as much. In an interview in the December 2021 issue of Men’s Health, Renner talks about living in poverty before making it big in Hollywood.

In one part of the interview, Renner disclosed that he lived in a studio apartment in Hollywood with no electricity, gas, or hot water. For five years. He also says that he had a food budget of $10 per month, and literally lived on ramen noodles.

Living in poverty in Washtenaw County

Yesterday, I wrote about community colleges that operate food pantries, clothing closets and open their parking structure to support homeless students. Right now, about 13% of Washtenaw County’s residents live in poverty. Numerically, that’s about 49,000 people who may be living in homes with no electricity, water, or heat. These are the homes in our county where people on the margins may be trying to survive on ramen noodles.

When I look at the eviction data, I certainly don’t see a “rich community.” I see the whole county, not just one place. I see pockets of concentrated poverty and areas that may be suffering from the lingering effects of opiate addiction.

I would like to see Washtenaw Community College as a resource to eliminate poverty in Washtenaw County. But that’s hard to do when the Board of Trustees fills WCC’s administration with executives who do not live in Washtenaw County, and who gladly look past the county’s poverty to spend its wealth.

It’s a problem when these executives propose to spend that wealth on self-perpetuating revenue schemes unrelated to WCC’s mission. We need solutions that reduce the percentage of our residents living in poverty. We need Trustees who explicitly acknowledge that taxpayers didn’t authorize WCC’s operating millages to build a hotel or retail spaces.

Is it really too much to ask the WCC Administration and its Board of Trustees to focus directly on WCC’s educational mission?