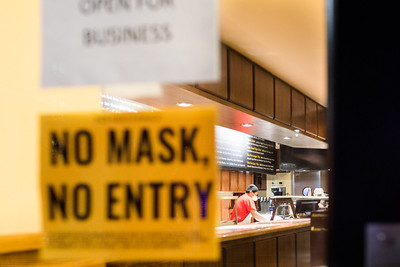 To qualify for free community college, one must:

The plan neatly fulfills Whitmer’s Sixty by 30 program, which she announced at her first State of the State address. And which the Legislature declined to fund. The program encourages Michigan residents to earn at least sixty post-secondary credits by 2030. Expenditure of the CARES funding is discretionary on the part of the Governor of each state. Bringing her own funding to the program means that the Legislature now has no say in the matter.

I’ve written about the lukewarm reception the Sixty By 30 program by certain WCC Trustees and the WCC President. Their concern resided in whether “free community college” would reduce taxpayer support for the College. It’s hard to take this concern seriously, since the Trustees ordinarily show very little regard for those who pay for the bulk of WCC’s current operations. Hopefully, the CARES funds (and the pandemic) will spark a more enthusiastic response to the program, which has been renamed Futures for Frontliners.

Ultimately, concern about who will fund these programs is misguided. First, the State has no authority to mandate such a program without also providing funding for it. Local taxpayers – especially in Washtenaw County – understand the difference between scholarships for students and taxpayer support for WCC.

Second, many of these programs are “last-dollar” opportunities – which means that the student must apply for federal financial aid as part of the scholarship process. Students who qualify for federal grants – such as Pell grants – will use those funds first. A state-funded “free” community college program would pay any remaining costs not covered by other programs.

Enrolling new students should never be a political exercise. In theory, the Trustee position is also non-partisan. Paying for students under a “free community college” program isn’t substantially up to the community college. Under these circumstances, the question of why the Trustees and the WCC administration disparage proposals that could help boost enrollment at the College instead of figuring out how to support them remains unanswered.