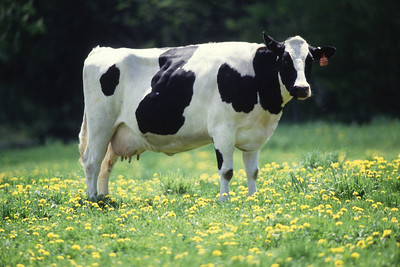 The City of Anaheim had a big budget problem last summer. The city normally collects more than $160M annually in hotel taxes. Hotel taxes feed the city’s General Fund, which pays for police and fire services, among other things. Because of the pandemic, its tax collections dropped to a mere $25M. The city’s overall budget is $1.8B, but it would be tough to find $137M of budgetary fat to trim.

So, the City of Anaheim took steps to close the Grand Canyon-sized gaps in the city budget: it borrowed $150M. The bonds will take 30 years to pay off, and debt service will consume 14% of the city’s General Fund.

Anaheim is home to Disneyland and operates several sports venues, including Angels Stadium and the Honda Center. In most years, the tax revenue from Anaheim’s entertainment district definitely comes in. This year, it’s still coming in – just not from tourists. The City received more than $50M in CARES funding and expects to receive a similar amount this year. That doesn’t come close to what Anaheim has lost in hotel taxes alone.

So, what’s the lesson? Anaheim’s budget doesn’t include a Plan B. It relies heavily on outsiders to pay the operating expenses of the City. In fact, more than 50% of its General Fund dollars come from “transient” revenue sources. When a pandemic shutters the hotels and closes the sports venues, Anaheim has few options to pay its bills. Its solution was to borrow more than 7.5% of its operating revenue for one year. In doing so, it created a 30-year liability for the taxpayers.

Washtenaw Community College relies heavily on outsiders to pay its operating expenses. (It also doesn’t have a Plan B.) About half of all enrolled WCC students come from outside the district these days. By itself, that’s not a problem. But the Trustees make it a problem when they allow the Administration to heavily discount tuition for online, out-of-district students. Currently, these students pay nominally more than in-district students do.

The entire rationale for establishing a community college district is to recognize the financial support district residents provide the college. The WCC Administration and the Trustees have blown past the district boundaries to offer heavily discounted tuition to out-of-district students. Clearly, there is significant demand for Washtenaw Community College classes in out-of-district areas. Rather than taking advantage of that demand to extend the district boundaries, the Administration and the Trustees have concocted a short-sighted solution that virtually eliminates any incentive for neighboring communities to join the community college district. Why should out-of-district residents buy the cow when they can get the milk for free?

This leaves the Washtenaw County taxpayer to shoulder the cost of education for out-of-district students, most of whom will never set foot in Washtenaw County. It also denies the college a badly needed source of General Fund revenue.

Seriously though, why should an administration composed largely of out-of-district executives respect the substantial investment that residents must make every day?