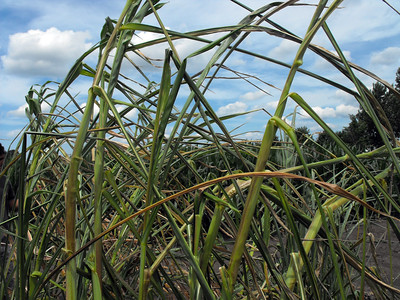 WCC administrators are considering a plan to build a hotel and convention center on the campus. The claim is that the College must do something to increase its revenues because its future enrollment will drop. Let’s look at one option that would produce additional revenue for the College and lower Washtenaw County’s tax burden at the same time. It aligns with WCC’s mission and doesn’t involve side businesses that need heavy taxpayer subsidies.

First, it’s not clear why the WCC administration wants or needs to increase its revenue stream. For the sake of argument however, we’ll assume that the College needs more revenue. The College can increase its operating dollars without resorting to building a hotel and convention center.

WCC should explore all other options

Expanding WCC’s district is not something WCC can do on its own. The voters in those counties would have to agree to join the district. If they did, they would pay the same millage rate that voters in Washtenaw County do.

To the north, Livingston County, which has the highest median household income in the state, does not have a community college, although certain border areas are part of the Lansing Community College district. WCC operates campuses in Livingston County, but the county itself does not contribute tax revenues to WCC. Fortunately, LCC’s millage rate is higher than WCC’s. Livingston County has even less of an incentive to join LCC’s district.

For example, if WCC’s district dropped its millage rate by 1.0 mills and at the same time, successfully persuaded Livingston County voters to join the district, WCC would add revenue from taxes. If dropping the WCC district’s millage rate also enabled Lenawee County residents to join, WCC’s tax revenues would increase by about 25% over what it currently collects.

Expanding the district size would mean that WCC would need to build a permanent extension campus in each county. Each new campus would need to provide a minimum complement of vocational and occupational programs, and room for expansion. The new facilities must also offer classes that enabled local students to complete the Michigan Transfer Agreement.

This option offers benefits that go beyond revenue. By opening new campuses and delivering full programs, WCC can also increase its program enrollment and its graduation rates. In addition, situating campuses in Livingston and Lenawee Counties may open up opportunities for new agricultural, energy and industrial programs that WCC does not currently offer.

To be clear, there’s no indication that either Lenawee or Livingston County residents have any interest in joining WCC’s district. My point is that WCC has revenue generation options that are far more closely aligned with its educational mission. Taxpayers should never consider funding a hotel and conference center until the WCC administration exhausts all mission-relevant options.